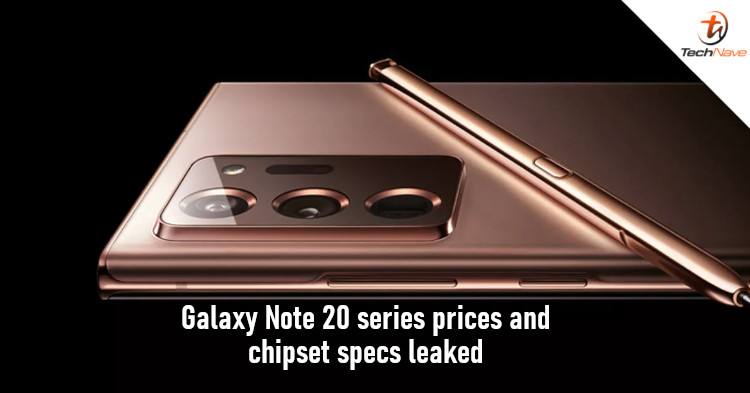 With all the news we've been getting on Samsung products, there was always a chance that prices would be involved. It seems that's the case for the Galaxy Note 20 series, which is set to launch on 5 August 2020. A new leak on the product has once again revealed the pricing for three variants in series.

However, we're not sure if all of this retailer's info is accurate. The tech specs list released by the retailer showed that all three devices would be arriving with an Exynos 992 chipset, which could be possible as there is a rumour that the Galaxy Note 20 series could use this chipset. Countries in SEA (like ours) tend to get Exynos variants of Samsung's flagship smartphones, so this wouldn't be too big of a surprise.

None of the above has been verified by an official source, so take them with a grain of salt as usual. Having said that, what do you think about the choice of the Exynos 992 chipset? Let us know on our Facebook page and stay tuned to TechNave.com for further updates.