Just as the rumours predicted, there's the vanilla Galaxy Note20 5G (there's also a 4G variant!) and Galaxy Note20 5G Ultra 5G with some slight differences between them. As usual, the US market will get the Snapdragon 865+ variant while the rest of the world (including us) is getting the Exynos 990 variant. Then for the memory capacity, the Note20 has just 8GB + 256GB while the Note20 Ultra has 12GB + 512GB (Malaysia's version is just 12GB + 256GB). Battery difference is quite minimal, as it's 4500mAh vs 4300mAh supporting 45W fast charging technology.

That's a pretty big difference in memory capacity, but that's just the tip of an iceberg. The Dynamic AMOLED 2X display returns to the Note20 Ultra at 6.9-inches with QHD resolution and up to 120Hz refresh rate. But for the Note20, it's using a flat 6.7-inch Super AMOLED+ display with FHD+ resolution and up to 60Hz refresh rate. It's also worth mentioning that only the latter uses a plastic back and metal frame body build, unlike the Ultra variant. The Note20 series has the same Mystic Bronze and Mystic Black options, but the Note20 Ultra 5G has the Mystic White and the Note20 Mystic Green is not available for 4G but purely 5G only The S Pen, Xbox Game Pass and other features

Back at the Galaxy Note 9 era, that was the first time that the S Pen was given a Bluetooth connectivity feature to perform certain tasks such as taking a photo and doing a slideshow. In this generation, you can now use the S Pen like a wand for certain functions. In fact, there are several wave formations like doing a zig-zag motion that takes a screenshot, an up-and-down stroke to go to the home page and other various motions which you can customize. Ah, but that's not all. The S Pen's pressure sensitivity is now 9ms and in addition to that, there's also a new Audio Bookmark feature that allows users to record sounds while taking down notes. You may think it sounds impractical but this is particularly useful for doing live interviews or meetings. The Samsung Notes app is also improved, allowing users to capture, edit and share your ideas across your phone, tablet or Windows 10 PC (Microsoft OneNote and Outlook) via auto-save and syncing.

As for the Xbox Game Pass, this will allow Note20 Ultra users to stream AND play their games on the flagship! That's right, over 100 Xbox games are playable as long as you subscribe for the pass on a monthly payment and have a Bluetooth controller (preferably an Xbox controller) connected. However, you should also know that Xbox itself is not popular in Malaysia and from what we understand from Samsung Malaysia, this feature won't be available in the market (/sad Malaysian noises).

In addition, the Note20 series still support 8K video recording and comes with an improved mic receiver. What this means is that when you record a video, you can now choose to focus on the front, back, and the ambient sound. Moreover, there's also IP68 water and dust resistant, Ultrasonic fingerprint sensor, wireless PowerShare, NFC, DeX (now connectable to a smartTV) and HDR10+ certified. 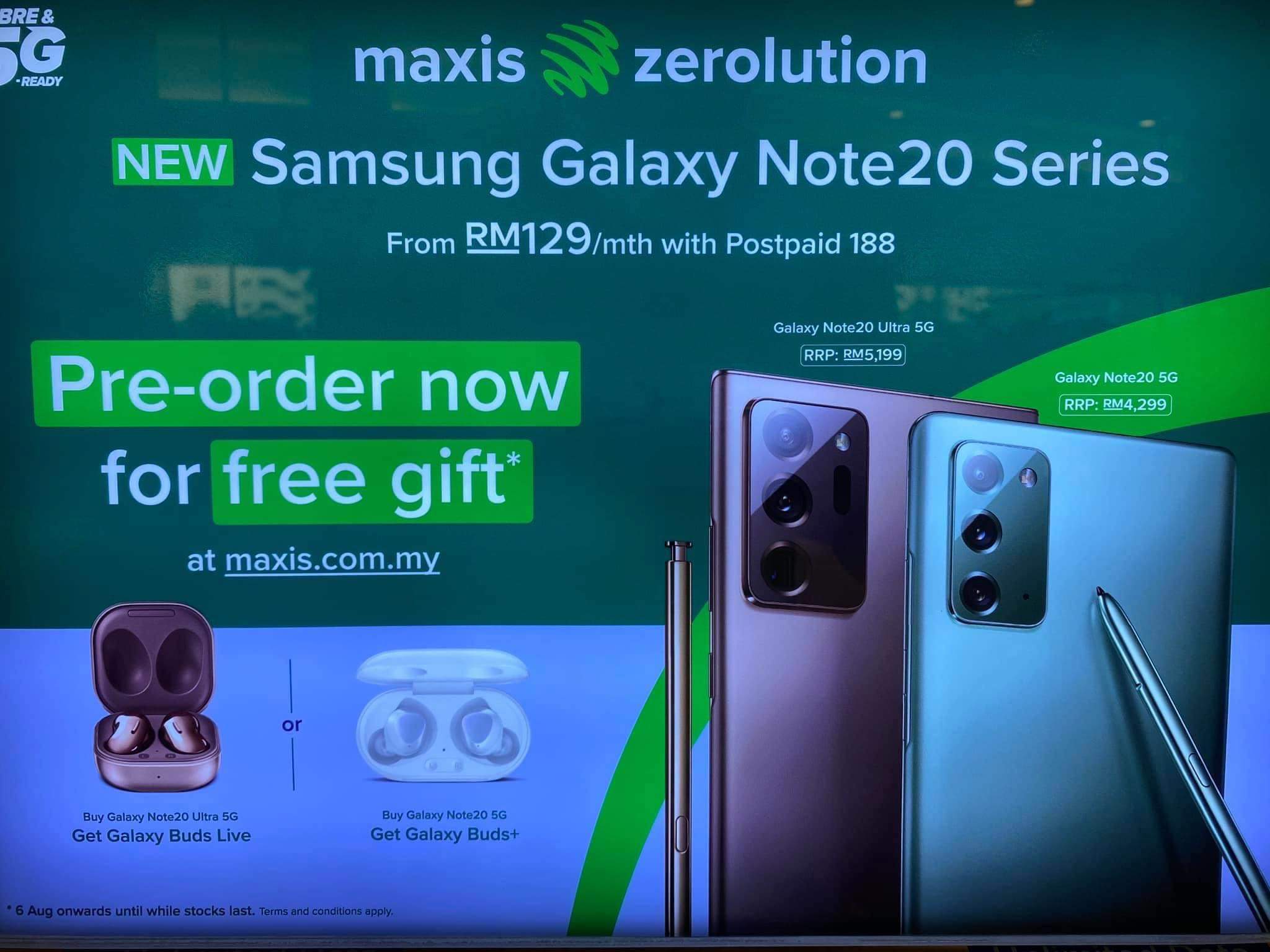 Meanwhile for the Malaysian market, an anonymous bird sent us unofficial price tags of the smartphones based on Maxis Zerolution. According to Maxis Zerolution plan, the Galaxy Note20 5G Ultra 5G and Note20 would "cost" RM5199 and RM4299 respectively, whereas the Note20 4G variant could be RM3899. At the moment, there's no availability announced for Malaysia yet but you can check out the pre-order details about it here.

So what do you think of the new Galaxy Note20 5G series? Let us know in the comments below and if you want to know more about the other Galaxy products, you can visit the links below. Stay tuned for more trending gadget news at TechNave.com.