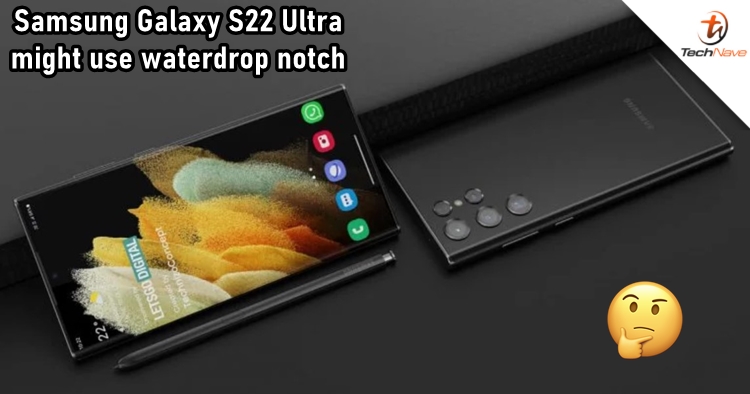 We've been getting more rumours of the Samsung Galaxy S22 recently, although there's still a while until the launch. Today, a new one has surfaced, and it took us by surprise by claiming Samsung could go with a waterdrop notch for the upcoming Galaxy S22 Ultra rather than a punch-hole cutout.

A reputable source from South Korea, Super Roader, told LetsGoDigital that the camera system on the Galaxy S22 Ultra is different from what we saw in the past. According to the source, the South Korean tech giant will feature a waterdrop notch over a punch-hole selfie shooter on the front display for the Ultra variant of the upcoming Galaxy series. The news might also imply that the information for the rear camera module is wrong the whole time.

It's weird for the company to bring a design feature from its budget A-series to a flagship series. However, it might have its reason by doing so, maybe a new camera technology? For now, it's better to take this news with a pinch of salt since it's still early to confirm anything yet.

What would you think if Samsung really made the move and equip the Galaxy S22 Ultra with a waterdrop notch? Leave a comment to let us know and stay tuned to TechNave.com for more smartphone reports.