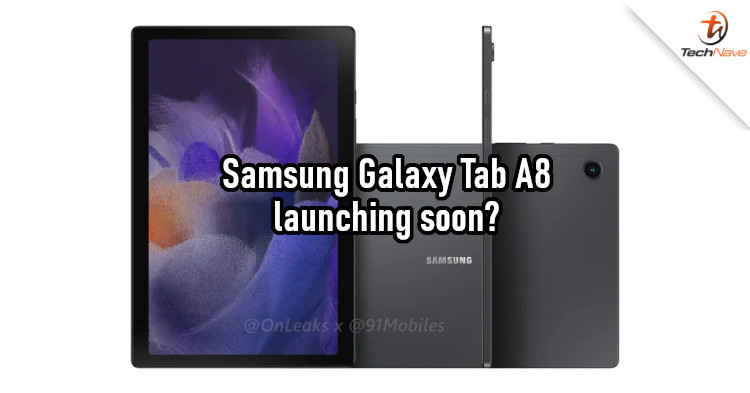 There are plenty of options if you need a decent Android tablet these days. Not only do you have the recently launched Xiaomi Pad 5, but there's also the Samsung Galaxy Tab S7 FE that was released yesterday. But the company is allegedly launching another tablet in 2021.

Renders of the Samsung Galaxy Tab A8 2021 were posted online by OnLeaks (via 91Mobiles), giving us a glimpse of the upcoming tablet. At a glance, you can see that the design hasn't changed much from the Galaxy Tab A7. The only difference is the rear camera, which is now a single round camera instead of a square module. Everything else is the same, including the quad-speakers (two each at the top and bottom), USB-C port, audio jack, and buttons.

And here comes your very first look at the #Samsung #GalaxyTabA8 (2021)!

As usual, 360° video + stunning 5K renders + dimensions; on behalf of my Friends over @91mobiles -> https://t.co/MdLLN1UQhR pic.twitter.com/nfLXSU49nn

In terms of specs, the source claims that the new model will have a 10.4-inch FHD+ display, 8MP rear camera, and measures 246.7x161.8x6.9mm. That's more or less the same as last year's model, which means we might not see a lot of changes this year. It should have at least 3GB of RAM, 32GB of storage, and a 7040mAh battery. However, we're expecting the chipset to be an upgrade from last year's Snapdragon 662. Maybe a Snapdragon 690 5G chipset?

Mind you, we don't know much about the Galaxy Tab A8 at the moment, so all we can do is speculate. Having said that, what do you think Samsung could do to improve this year's model? Let us know in the comments, and stay tuned to TechNave for more news like this.