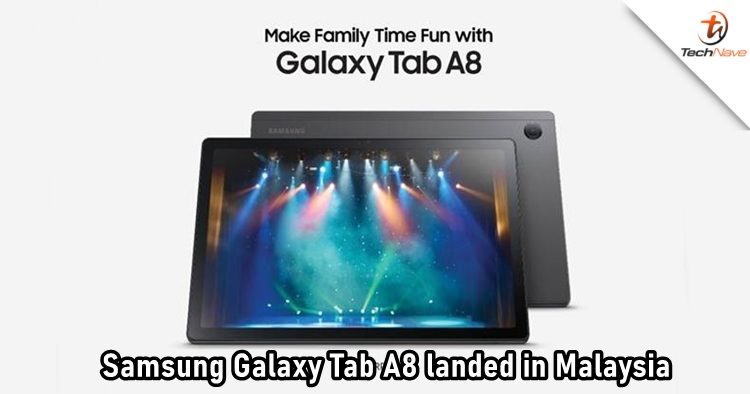 The recently-launched Samsung Galaxy Tab A8 has landed in Malaysia today. Besides an expanded 10.5-inch screen, Samsung claims that the tablet also brings a 10% boost for CPU and GPU performance. Let's read on to find out what the other things that the Galaxy Tab A8 brings to the table!

Not only does it have a large display, but it also features a slim 10.2mm bezel and a 16:10 common aspect ratio. Paired with a quad-speaker system with Dolby Atmos, it offers a much more immersive viewing experience than previous models. Under the hood, it packs a 7,040mAh battery that supports up to 15W fast charging, allowing long hours of usage without worrying that it'll lose power. 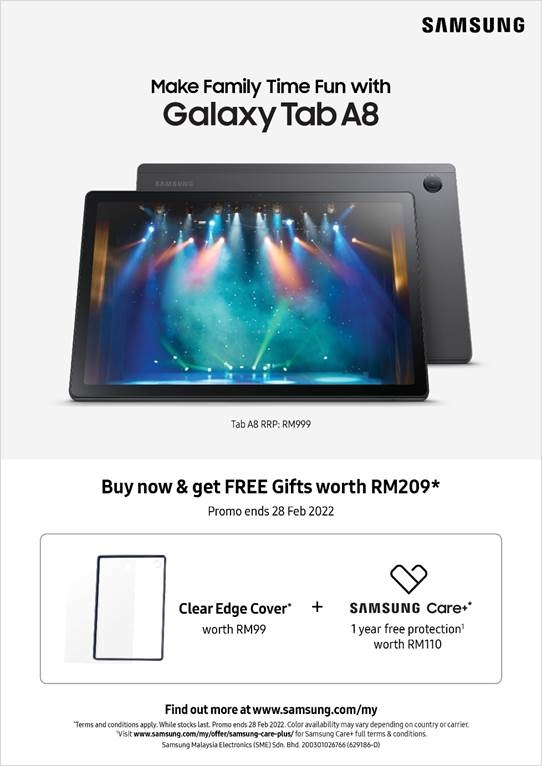 Furthermore, it comes with an 8MP rear camera and a 5MP front camera. Alongside the new Screen Recorder feature, users can record themselves giving explanations with their voice of what's on the screen. There are also other features, including Multi-Active Window and Drag & Split. The former lets you open up two apps side by side with an additional pop-up window, while the latter allows you to simply drag a link from your current window to the side to create a split-screen when browsing the internet.

If you're interested, the Galaxy Tab A8 (Wi-Fi 3+32GB) is available now in Malaysia for RM999. Purchasing it from today until 28 February 2022 can even get you two free gifts, a Clear Edge Cover worth RM99 and one year Samsung Care+ coverage plan worth RM110.

What do you think about the tablet? Drop a comment to let us know your thoughts, and stay tuned to TechNave.com for more tech products' local launches.