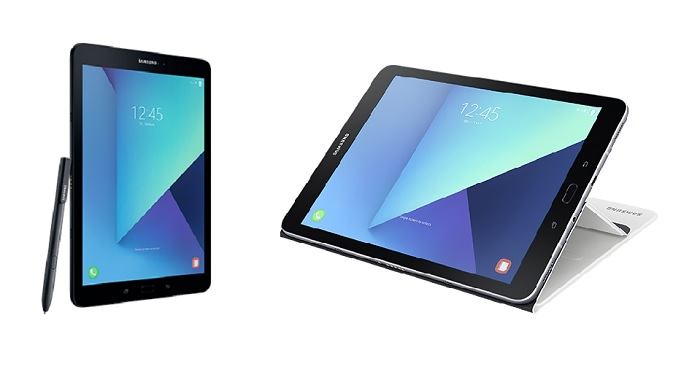 The tablet had always seemed to be on a constantly declining market over the last few years. The last time Samsung unveiled a flagship tablet, that was almost 2 years ago. Despite that, Samsung still deem fit to announce the new Galaxy Tab S3, a device that delivers superior video and gaming experiences, that also serves to keep productivity in mind. The company’s coveted S-Pen is making an appearance here, along with an optional keyboard attachment.

The Samsung Galaxy Tab S3 has a 9.7” Super AMOLED display with 2048 x 1536 resolution that supports 10-bit HDR for true to life colours. In addition to that, its entertainment capabilities is further enhanced thru some tuned by AKG by HARMAN quad-stereo speakers, delivering maximum visual and listening experience. 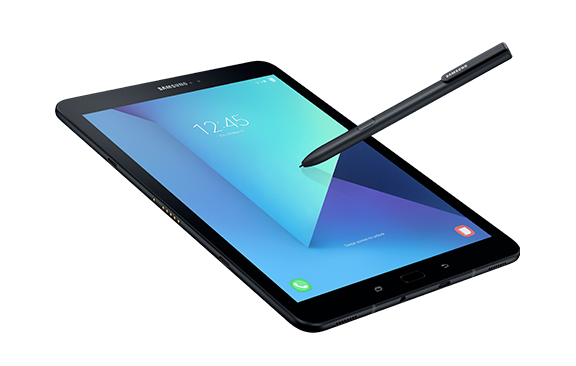 Whether it is to serve as a productivity or entertainment tool, the Tab S3 is packed with top-of-the-shelf hardware. Being a flagship Samsung tablet, it runs on the Qualcomm Snapdragon 820 chipset, together with 4GB of RAM and 32GB of storage, expandable with a dedicated microSD card slot up to 256GB. It is interesting to note that, despite packing a somewhat large 6000mAh battery, Samsung had managed to keep the tablet slim at only 6.0mm. A metal frame with glass front and back adorn the Tab S3, giving it a premium and sleek look. Fast charging is supported, thru its USB Type-C port.

The Galaxy Tab S3 gets a 13MP f/1.9 rear camera, which, interestingly, supports 4K recording. The front gains a 5MP camera, more than good enough for what would mainly be used for video conferencing, as well as the occasional selfies. 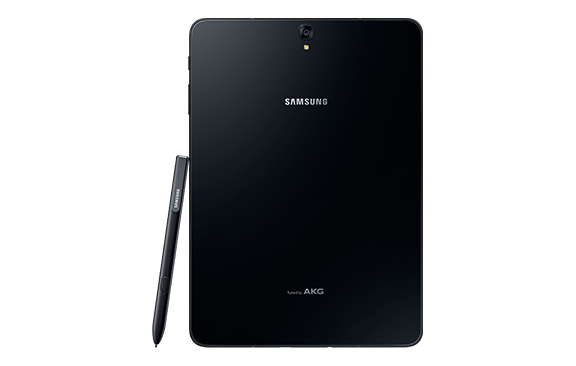 With a focus as a potential productivity tool, the Tab S3 comes with Samsung’s most advanced S-Pen thus far, with a smaller 0.7mm tip and increased pressure sensitivity, along with all the software features to back it up. There’s also an optional passive keyboard that snaps onto the left side of the tablet, using a set of pogo pins, a pair of mounting holes, as well as some magnets. With no pairing or charging required, it turns it into a computer replacement in an instant. The S-Pen, however, does not come with a slot for keeping it in storage when not in use. 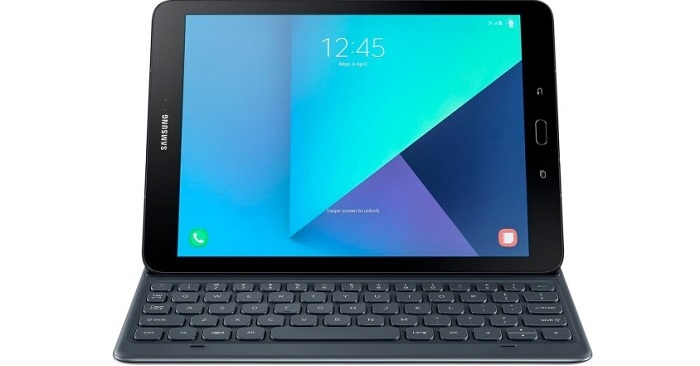 Out of the box, the Galaxy Tab S3 runs on Android 7.0 Nougat with the latest version of TouchWiz UI, and as with the usual, the Tab S3 will come in both WiFi and 4G LTE variants. There’s also a fingerprint sensor on the front to keep it up to date with the current era of biometric authentication.

It is clear that this new Galaxy Tab S3 is targeted at those on the go, who uses their tablets for work and entertainment. At the time of writing, there are no pricing nor availability details revealed yet.

Do you think that this would be a good computer replacement for you? Or you still prefer sticking with a proper PC instead? Drop us your commments below, or on our Facebook page. And stay tuned with us on TechNave.com for more details on the Samsung Galaxy Tab S3 as more details surface.