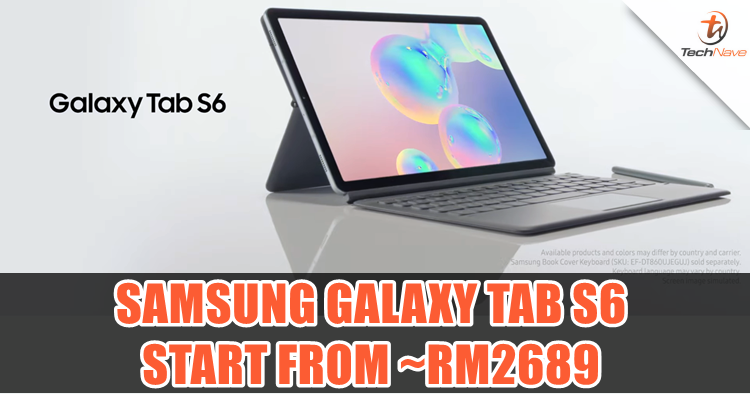 Before Samsung unveils the Samsung Galaxy Note 10 next week, the company decided to reveal a new tablet from the Tab S series. Known as the Galaxy Tab S6, it was spotted from a new video on its YouTube channel but not the Malaysia website. Returning as a premium tablet with the S Pen stylus, let's see what are the new upgrades.

Starting with the exterior, the Galaxy Tab S6 has a big 10.5-inch AMOLED display (2560 x 1600 resolution) and measures 244.5 x 159.5 x 5.7mm. In comparison, this is actually thinner than the Apple iPad Pro (2018) which is already slim itself so that's quite impressive. Like the Galaxy Note 9, the S Pen will also have its own Bluetooth LE plus a new feature called Air Action which they didn't say what it was, but it sounds like the user can use gestures to command certain tasks.

As a new tablet, Samsung obviously took advantage by integrating Samsung DeX mode. It doesn't need an external monitor but relies on a Book Cover Keyboard (separate accessory). Oh, the S Pen is magnetic being able to stick on the back of the tablet in its own dock and has wireless charging. There are a total of four AKG speakers too and an in-display fingerprint sensor. However, the 3.5mm headphone jack is nowhere to be seen. 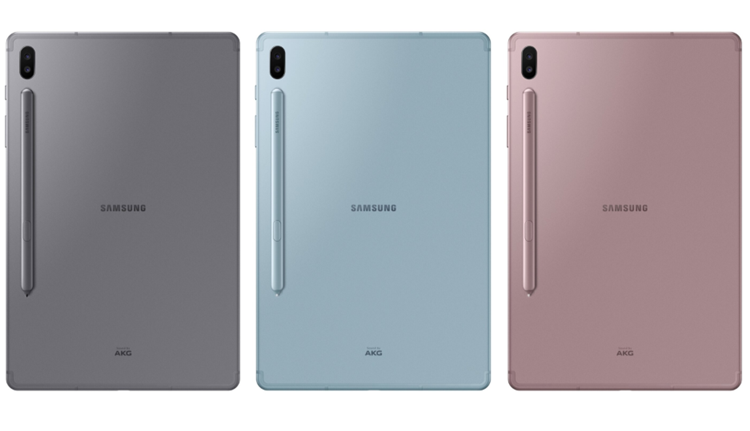 Going into the tech specs, the Galaxy Tab S6 features an impressive Snapdragon 855, either 6GB + 128GB or 8GB + 256GB memory capacity (with an expandable memory of 1TB via microSD card), a dual 13MP + 5MP (ultra-wide lens) rear camera with a Neural Processing Unit for refining the photos. Lastly, the battery pack is 7040mAh and that's a lot!

The Galaxy Tab S6 is available in Mountain Gray, Cloud Blue and Rose Blush options with a starting price of $649 (~RM2689), while the higher variant is $729 (~RM3020). It will definitely appear at the upcoming UNPACKED event next week but we aren't sure if the Malaysia market will get a chance or not. Time will tell.

What do you think of this tablet? Personally, it looks good on paper. Stay tuned for more Samsung news at TechNave.com.