Priced at RM1899, it’s safe to say that it is a lot more affordable than the much higher-end Galaxy Tab S7 Plus that it gets its name from, but they do share some similarities with the same 12.4-inch sized display. Both are also quite thin with the Galaxy Tab S7 FE coming in at just 6.3mm thin. It is a bit heavier at 608g but that’s still pretty light for a tablet of this size. 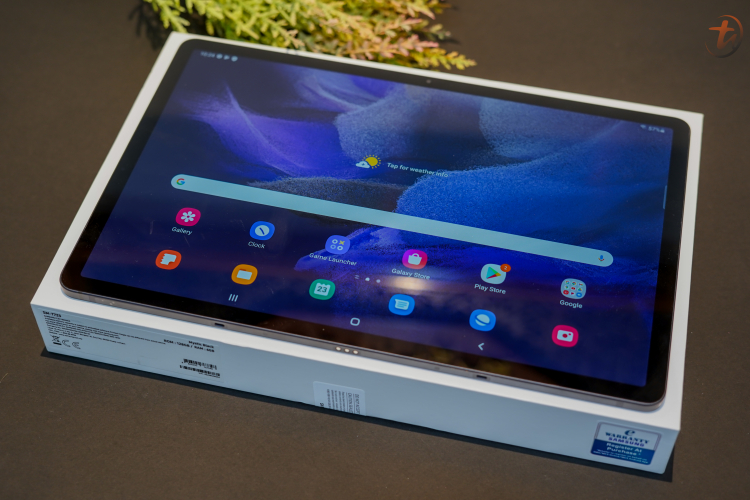 At 6.3mms the Samsung Galaxy Tab S7 is quite thin 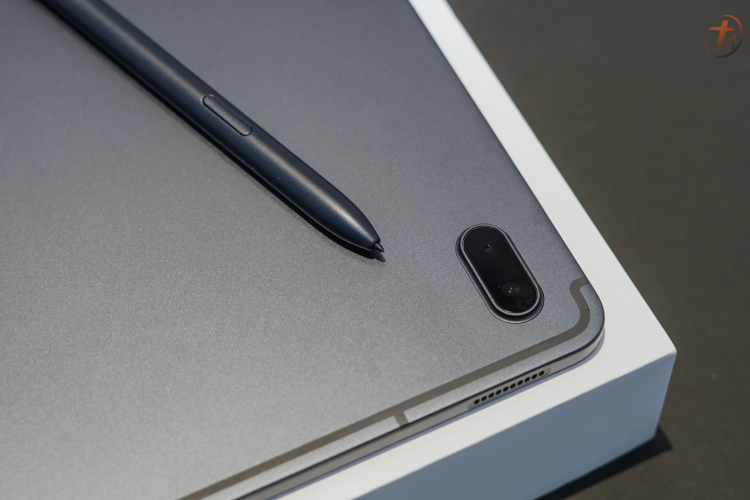 Bundled together with an S Pen, the Galaxy Tab S7 FE has a magnetic spot on the back for it to stick on. Combined with its Qualcomm Snapdragon 778G chipset, 4GB RAM and 64GB storage, it seems clear that the Galaxy Tab S7 FE is designed for the midrange S Pen users like teachers, lecturers and students. It might even be enough to replace the laptop for work from home users as well.

Other tech specs include stereo speakers (one on each side), and 8MP rear camera and 5MP front camera. The tablet also has a large 10090 mAh battery with 45W fast charging, but we’ll know more after we’re done with the full review at TechNave.com, so stay tuned for that. This could indicate that the keyboard cover gets its power from the tablet, and will also be more responsive 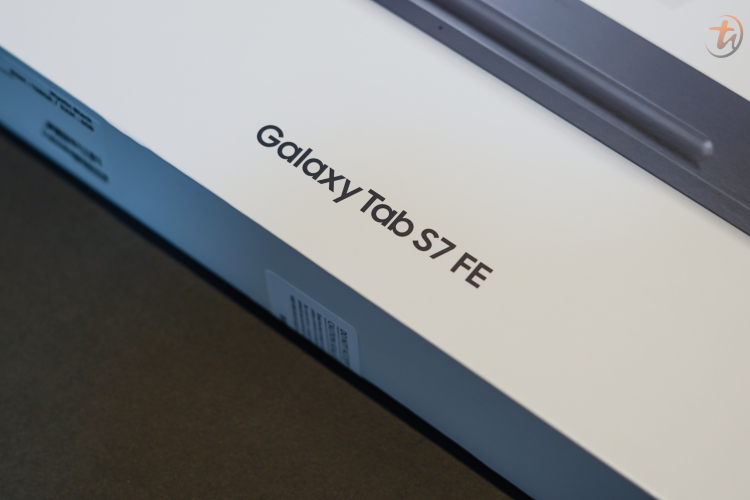