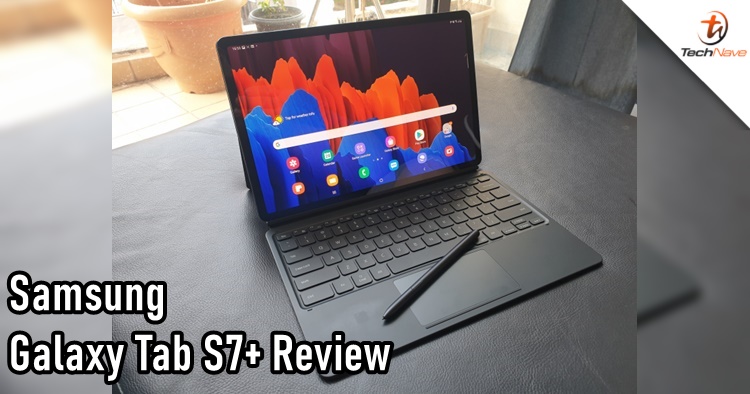 Building upon what is arguably the premium standard in Android tablets, the Samsung Galaxy Tab S7 Plus is not only Samsung’s biggest premium tablet but at 5.75mm thin, it is also one of the thinnest tablets out there. It also features a 12.4-inch 120Hz HDR10+ Super AMOLED display, Qualcomm Snapdragon 865+ chipset, 10090 mah battery, 8GB of RAM and 256GB of internal storage for what is arguably the highest specced tablet available. Does it deliver on its premium promises in terms of performance? Find out in our review of the Samsung Galaxy Tab S7 Plus below. 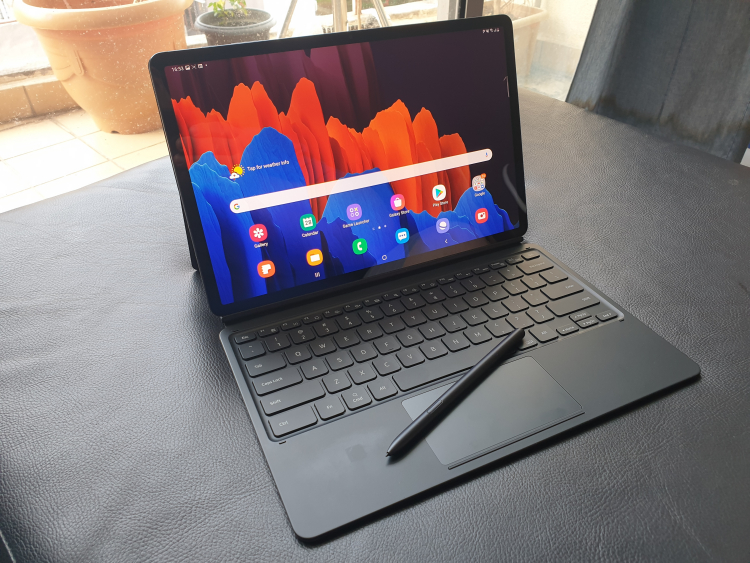 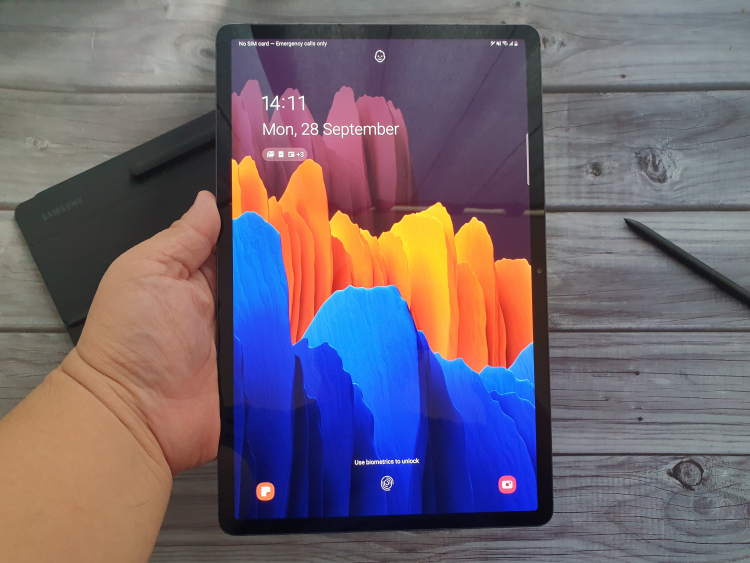 The back of the Samsung Galaxy Tab S7 Plus 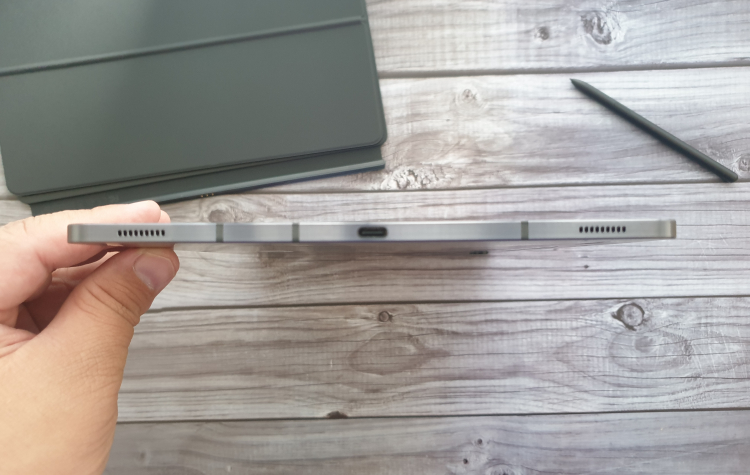 The Samsung Galaxy Tab S7 Plus is super thin at just 5.75mm with dual speakers on both sides 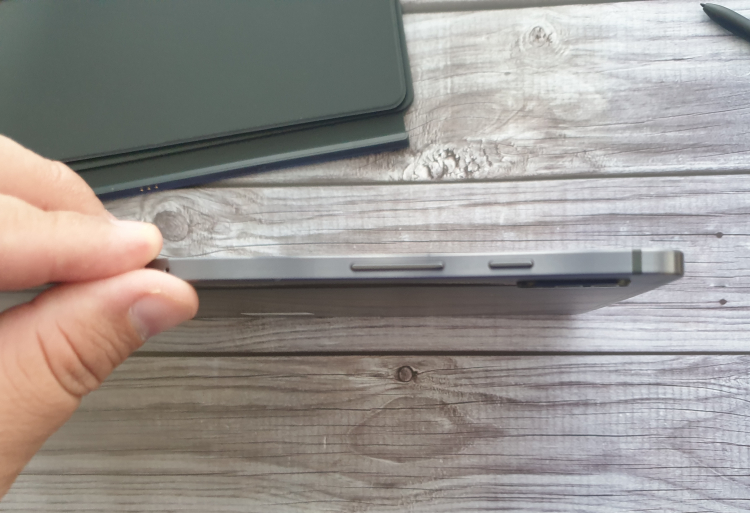 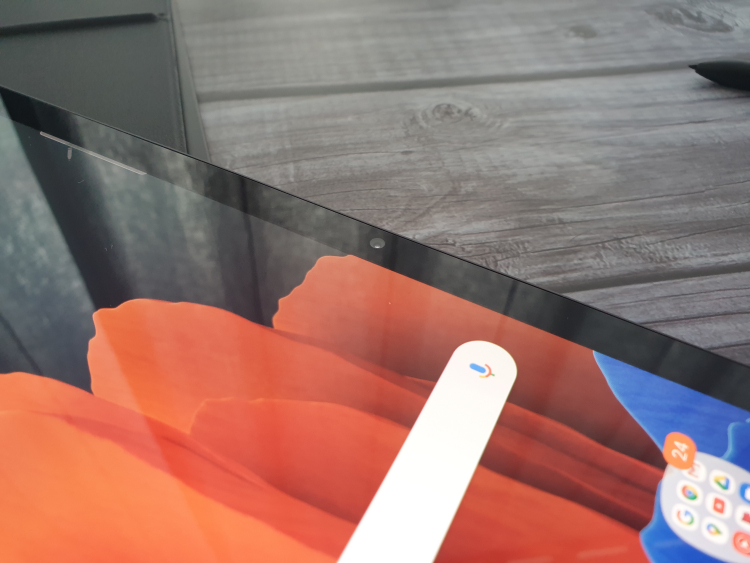 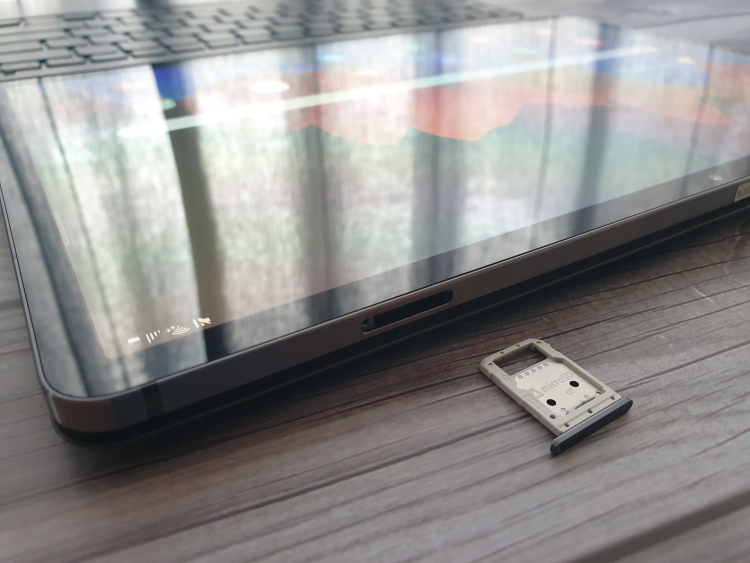 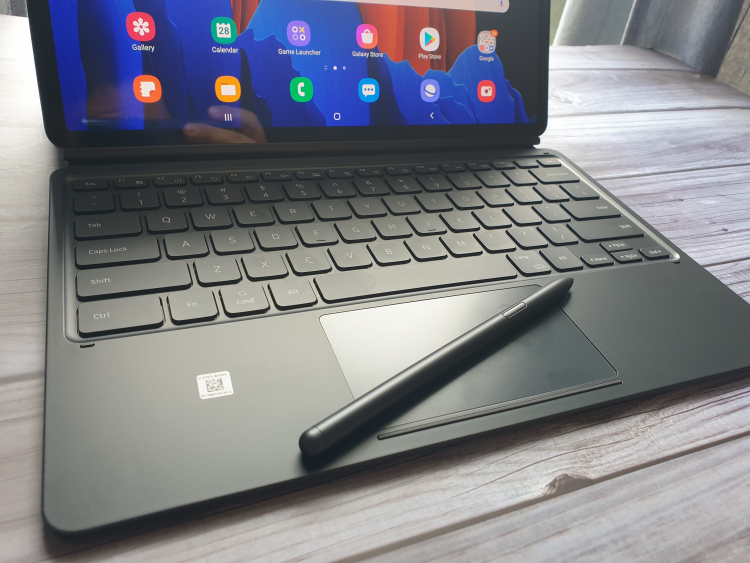 The new S Pen offers the lowest latency yet 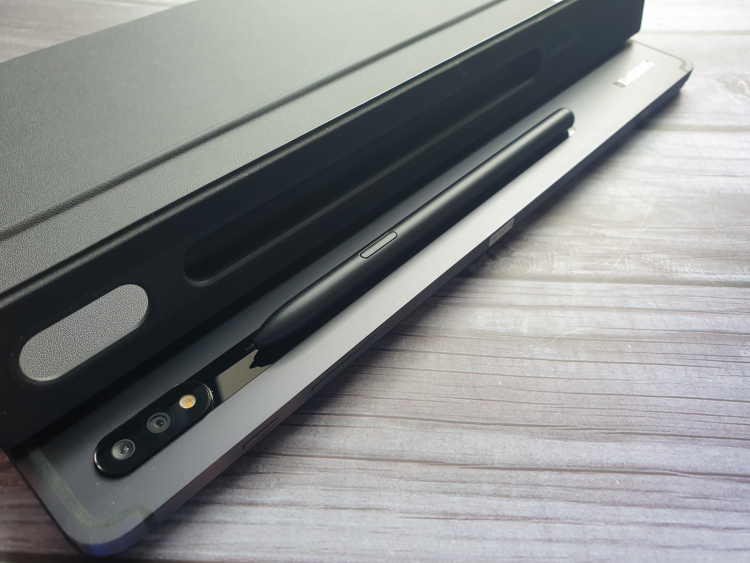 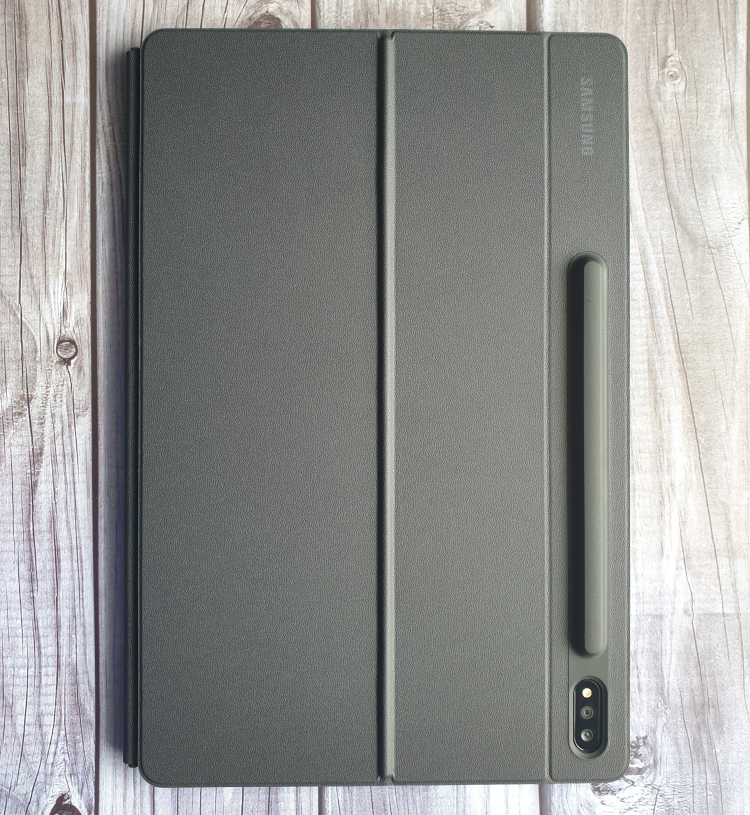 The back of the keyboard cover 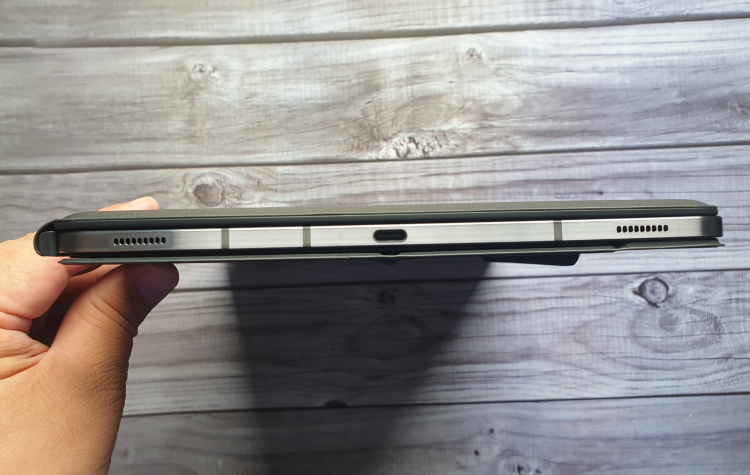 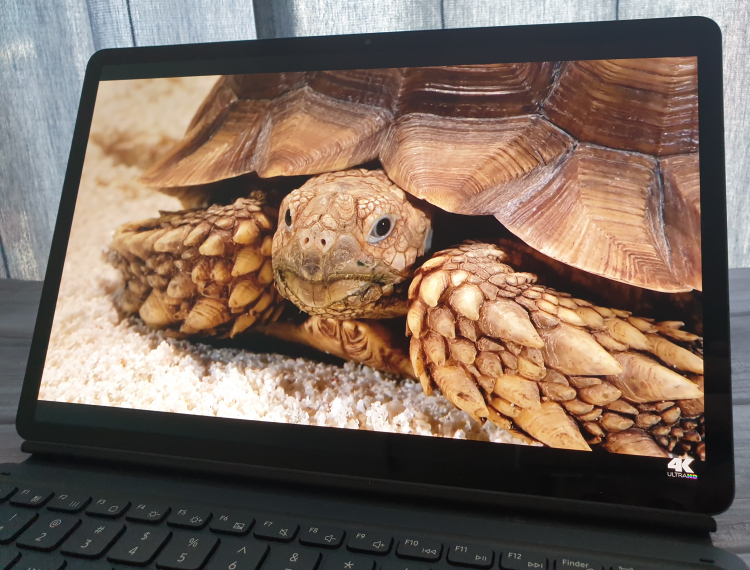 The 12.4-inch display on the Samsung Galaxy Tab S7 Plus is the most beautiful tablet display we've seen yet

The 12.4-inch display is as beautiful as any Apple Retina screen while the quad speakers on the sides are loud, powerful and crystal clear. Like the Tab S6 before it, it has a keyboard port that magnetically attaches to the bundled Keyboard cover. The keyboard itself offers nicely spaced keys that work well for the most part while the additional touchpad not only feels good but it also has gestures: pinch out to zoom out, pinch in to zoom in and so forth. Unfortunately, the keyboard has the same issue where pressing the shift+2 key results in " and shift+" key results in @, but if you don't use them often this shouldn't be a problem.

Trying out the new lowest latency S Pen stylus I was amazed. There’s almost no lag at all unless you’re looking for it, which makes sketching and drawing feel surprisingly satisfying. In addition, the new S-Pen air command features let you control the Galaxy Tab S7 Plus like a magic wand. Pressing and holding the button on the S-Pen then waving it left or right switches to the next image in the Gallery while waving up brings up the details. I can certainly see this being useful if the Galaxy Tab S7 Plus were hooked up to a projector (either wirelessly through casting or via cable using Samsung DeX) for a presentation. 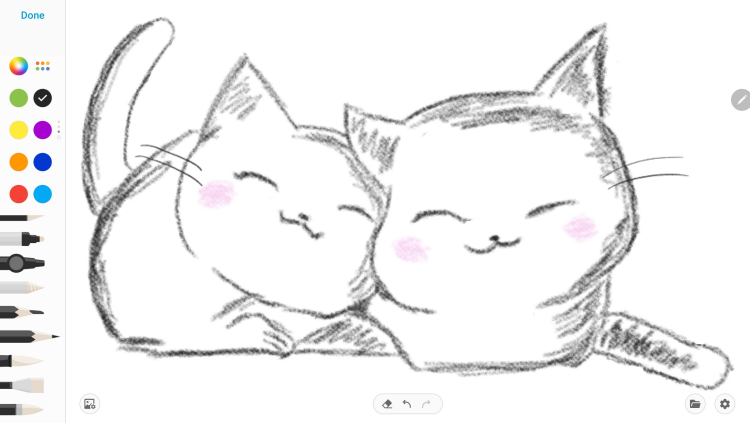 Can the Galaxy Tab S7 Plus play games? Yes, and it plays everything very smoothly on the highest settings. However, no one in their right minds would try to play it with just their thumbs, the sheer weight and size of the tablet tired out my hands in a matter of seconds. If you insist on playing, we’d recommend an RTS or puzzle you can swipe on the touchscreen or using it with a compatible controller. For our other benchmarks, the Galaxy Tab S7 Plus easily beat out practically every other device.

While there’s a 13MP + 5MP dual rear camera and 8MP front camera, it’s a no brainer that it’s not easy taking pictures or photos with the large Galaxy Tab S7 Plus. With a bit of patience (and stamina) you can get some reasonably good shots, but details are a bit washed out, autofocus isn’t very fast and they only work well with enough lighting. Video recording was surprisingly steady and clear though. The 8MP front camera is great for selfies though and likewise, excellent for online video meetings.

Geekbench 5 results place it above everything else 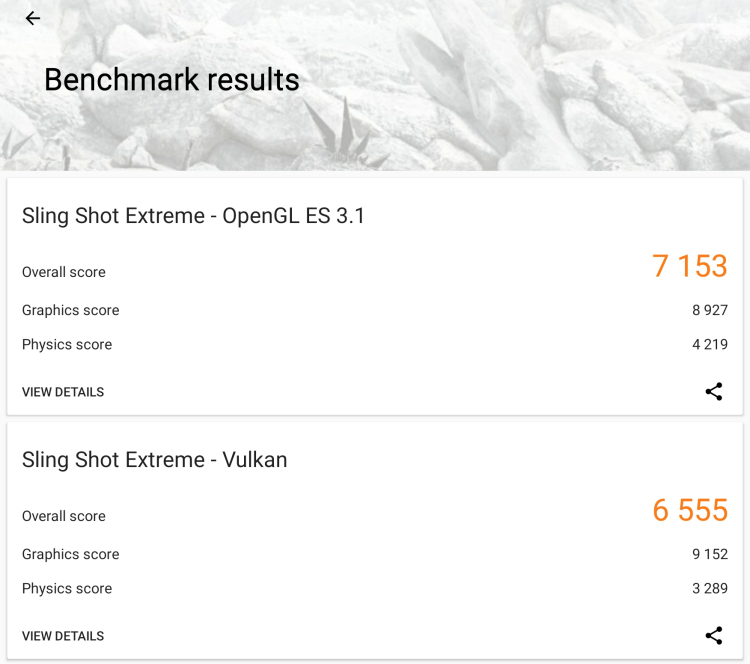 The Samsung Galaxy Tab S7 Plus can play anything smoothly on high settings, even games like Call of
Duty Mobile 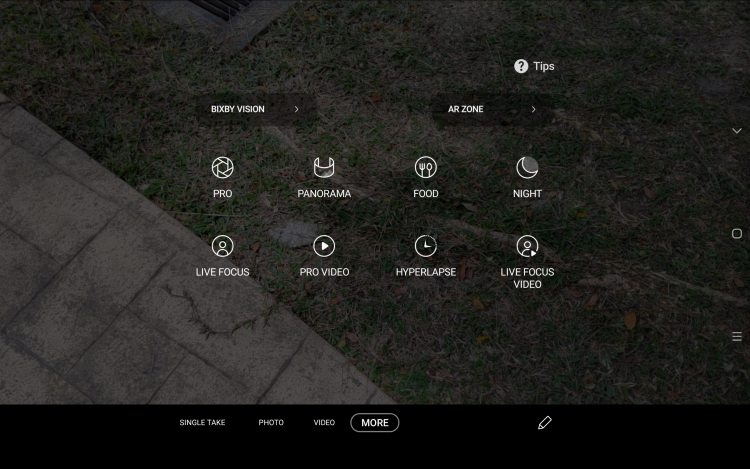 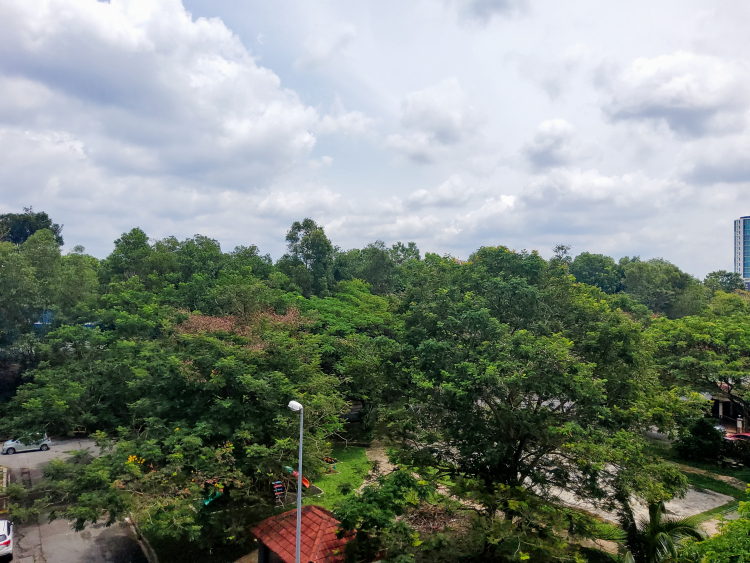 Images with enough light are clear for the most part 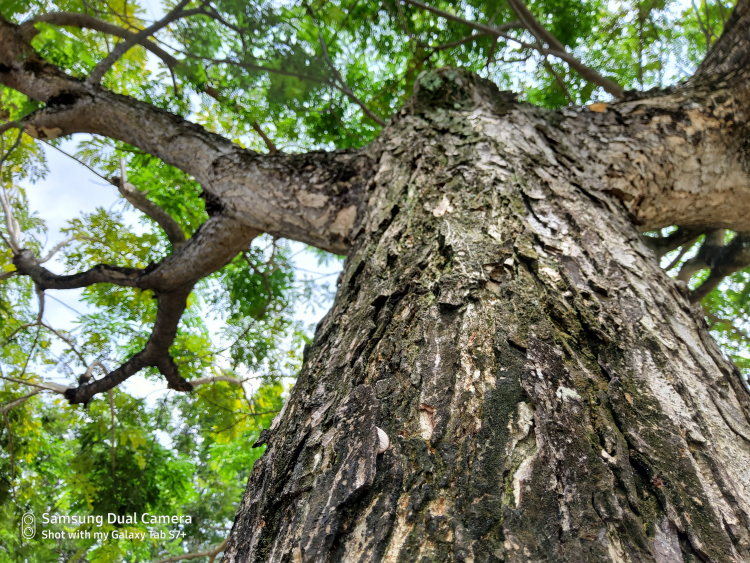 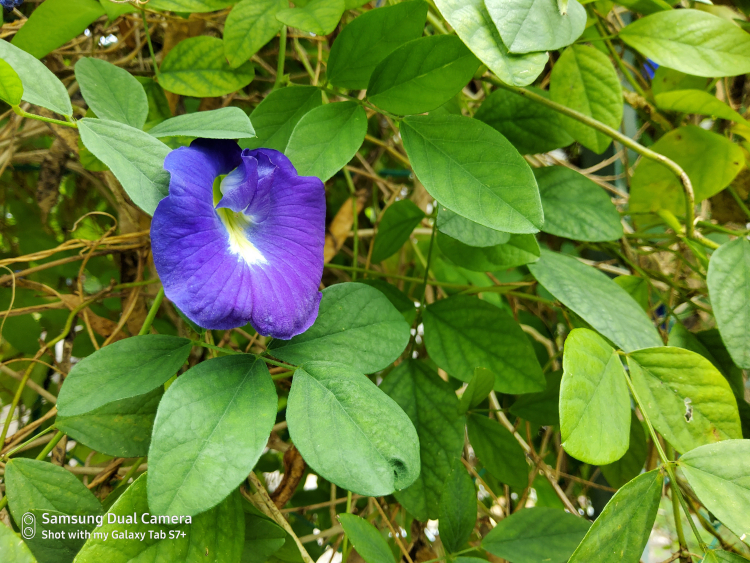 In terms of connectivity, the Malaysia version is still just Wifi only, but it works smoothly under most conditions. Battery life is pretty good for such a large tablet with a high resolution display, lasting for almost 1 day and a half on a single charge (less if you stream 4K video and play games on it of course). Recharging does take a while though, as it needs about 4 hours or so to get back to 100%.

Overall, the Samsung Galaxy Tab S7 Plus is an interesting proposition, but as far as hardware alone goes, it does offer the most premium and high performance tech for tablets yet (except for the cameras). At 575g it beats most laptops in the 12 to 13-inch display category but it is a bit weighty for a tablet, so if you’re looking for a light but powerful laptop alternative in the region of RM4599, then you should definitely consider the Galaxy Tab S7 Plus.

Why does it need a Qualcomm Snapdragon 865+ chipset and all that memory? For responsiveness, making it one of the most satisfying to use tablets I’ve tried so far, even beating out Apple’s iPads. Now, at RM4599 it is astoundingly expensive compared to most tablets (except for the 12.9-inch 256GB iPad Pro), so while you’re going to need deep pockets for this one, it will be sure to beat out other tablets and some laptops in productivity, sketching and art.

The fact that the Malaysia version doesn’t come with 5G support is a bit of a bummer though, but most laptops don’t support any type of mobile connectivity either. Now if only Samsung would make an S-Pen lightsaber or sword fighting game I’d be completely satisfied, but for everything else, the Samsung Galaxy Tab S7 Plus is the Android tablet to get.

Here are the Samsung Galaxy Tab S7 Plus tech specs:

Pros: One of the most beautiful 12.4-inch 2K displays we’ve seen yet on a tablet with an S Pen stylus that has almost no lag. Plays and runs anything.

Cons: Wifi only but very pricey. Dual rear cameras prevent it from being the best.