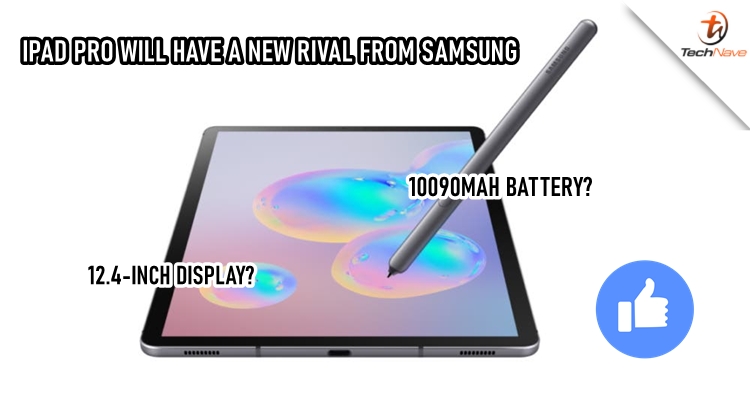 Samsung is expected to launch the Samsung Galaxy Tab S7 soon and the device has already been found on Bluetooth SIG bearing model number SM-T976B. Other than a standard 11-inch Galaxy Tab S7, it is rumoured that a bigger Galaxy Tab S7+ with a 12.4-inch display will be launched as well. With that said, Samsung might finally bring a competitor into the market to compete against Apple's Ipad Pro.

Besides a big 12.4-inch screen, the Galaxy Tab S7+ is expected to house a massive 10090mAh battery as well. Compared to the battery capacity from the previous Galaxy Tab S6 that was clocked at 7040mAh, this is going to be another huge upgrade from the series other than a big screen. It is also said that a Galaxy Tab S7+ 5G will be launched to be the highest variant from the series. If you're okay without 5G connectivity, you can opt for 4G/LTE models as well. It is still expected that the Galaxy Tab S7 series will be available with and without cellular support. 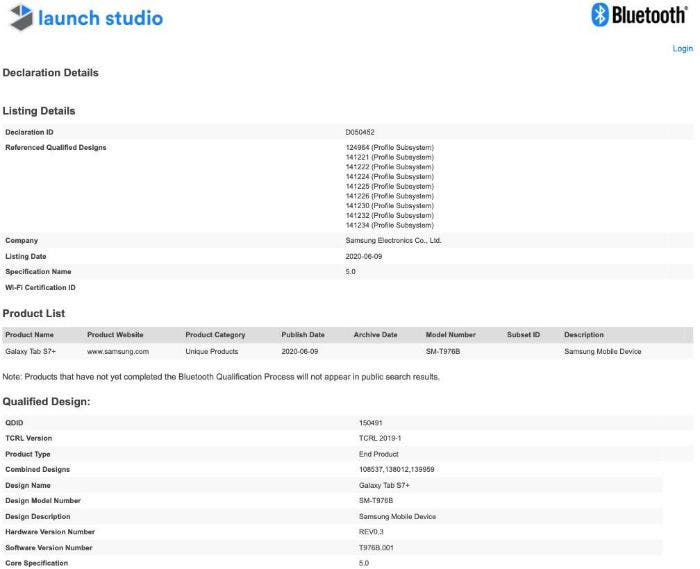 Both of the Galaxy Tab S7 and Galaxy Tab S7+ will come with Qualcomm Snapdragon 865 chipset with Super AMOLED screens. It is also reported that one of them has passed certification in the organization Wi-Fi Alliance (WFA), which means that Samsung might make the announcement soon. They're expected to be launched in July as the Galaxy Tab S6 was launch in this time frame last year.

Let us know what you think about the upcoming Samsung Galaxy Tab S7 series on our Facebook page. Stay tuned to TechNave.com for more latest tech updates.