Current Location: Home > News > Samsung Galaxy Watch 3 features may have been leaked and it might come with 8GB ROM 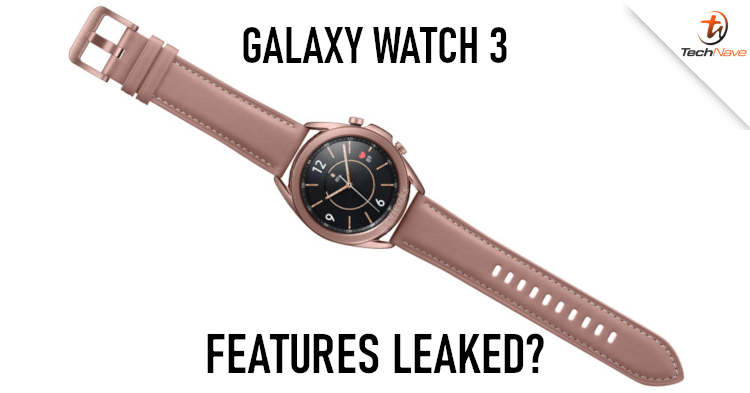 It seems that a Twitter user by the name of @MaxWineBach has recently posted a bunch of tweets, which mentioned all the new features the Samsung Galaxy Watch 3 could come equipped with. Based on the tweets, it seems that the aforementioned watch is expected to come with useful features such as Menstrual Cycle tracking, Spotify integration, and new watch faces.

Not only that, but it seems that Samsung’s Email app will most likely be replaced with Microsoft Outlook as well. Furthermore, there could be a new weather app that will dynamically change depending on the weather conditions in that area.

All included Galaxy Watch 3 watch faces. Some are new, some aren't. pic.twitter.com/Ql44lTwtiK

I keep seeing "notification_app_icon" files and I think Samsung's gonna start notification icons based on installed apps instead of a generic yellow circle.

There's now a week preview in the calendar app pic.twitter.com/vkV7YiAIKn

To sum up what I found in the GW3 firmware:

While not much is exactly known in regards to the Galaxy Watch 3, the source has mentioned that the wearable will come with 8GB of internal storage which is more than enough to store several hundred hours of music. With all that said, do take some of the information with a grain of salt, due to the fact that Samsung has yet to provide an official statement on the leaks.

In addition to that, there is no news on the Malaysia release date, exact tech specs, and local pricing for now. Would you be interested in getting the Samsung Galaxy Watch 3 as soon as it is available in the local market? Let us know on our Facebook page and for more updates like this, stay tuned to TechNave.com.