Current Location: Home > News > Samsung Galaxy Z Flip 3's charging speed might not be what you are wishing 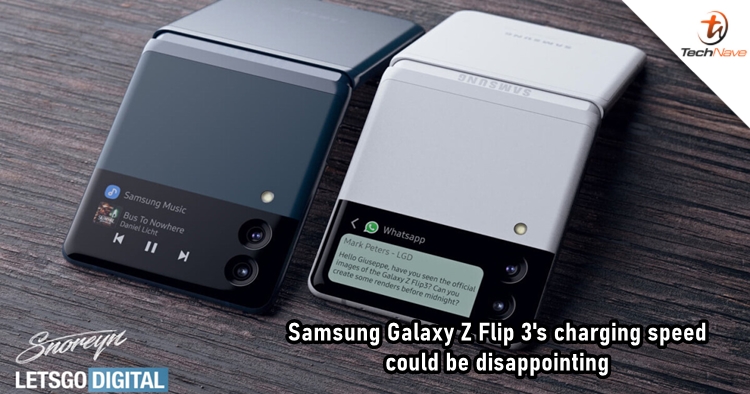 Samsung is expected to unveil two of its refreshed folding phones, Galaxy Z Fold 3 and Galaxy Z Flip 3, in July. Before that happens, the charging speed for the Z Flip 3 has been leaked via the 3C listing from China, and many of you are not going to like it.

According to the 3C authority in China, the Galaxy Z Flip 3 with the model number SM-F7110 is listed alongside a 15W EP-TA200 charger. It suggests that the upcoming folding smartphone will only feature a 15W charging speed just like its predecessor Z Flip. However, it is said that the Z Flip 3 will most certainly support wireless charging, as there's no reason for Samsung to ditch the feature which the predecessor also has.

The Galaxy Z Flip 3 is expected to come with a 3,300mAh battery. Other than that, we've also seen some images showing that the device will feature a dual-tone design and a secondary display on the outer panel. It was rumoured that it will skip the under-display camera as well which is a technology that could be seen on the Z Fold 3.