Samsung Galaxy Z Fold 3 expected to be lighter, may not have Exynos variant 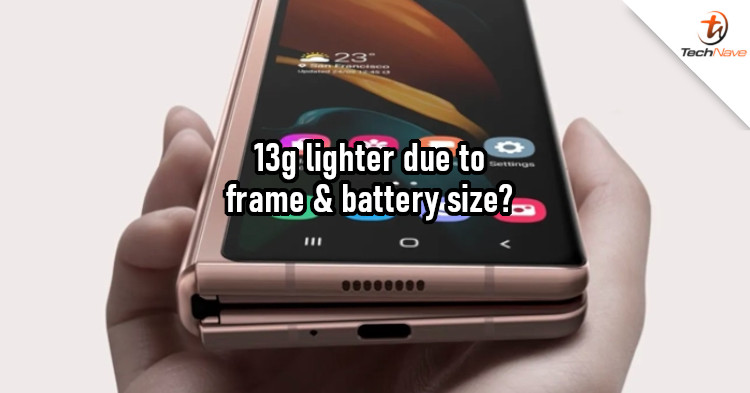 Earlier this week, there's a rumour about the Samsung Galaxy Z Fold 3's chipset. At the time, IceUniverse claimed that documents called the chipset a top-secret. But if it's using the Snapdragon 888 or Exynos 2100 chipset, it's not really a secret, right?

It's speculated that Samsung could be working on an Exynos chipset that will come with an AMD GPU. However, IceUniverse now claims that the Galaxy Z Fold 3 would use the Snapdragon 888 chipset. This seems to suggest that there would be no Exynos variant, which also means no AMD GPU. It's also possible that this rumoured Exynos chip isn't ready yet.

As my friend said, Galaxy Z Fold3 uses Snapdragon 888 processor.
It is about 13g lighter than Z Fold2.

Anyway, another thing that was mentioned in the source's tweet is that the device would be 13 grams lighter. Part of that could be due to the reduction in battery size. For your information, the Galaxy Z Fold 2 packed a 4500mAh battery, but it's rumoured that Samsung is switching to a 4275mAh (2215+2060) battery for the Galaxy Z Fold 3. It could also be due to a new 'Armor Frame', which could be of a lighter material.

Since none of the above has been officially confirmed, do take the news with a grain of salt. But you can expect more leaks to appear as we get closer to the launch, so stay tuned to TechNave for further updates on this.