Current Location: Home > News > Samsung Galaxy Z Fold4 claimed to have a much lighter body than the Z Fold3 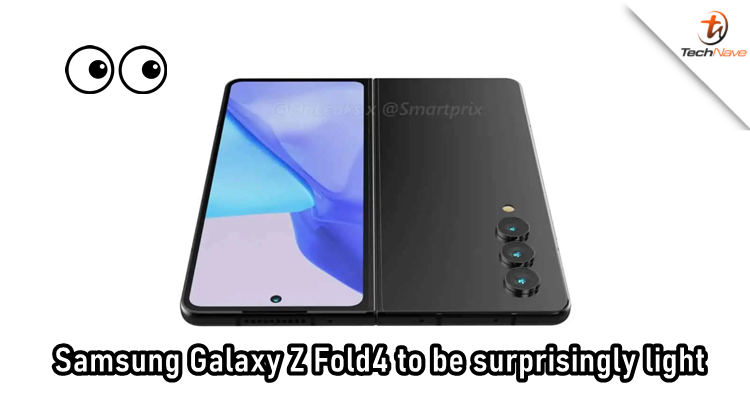 Although there might be no major design change for the upcoming Galaxy Z Fold4, Samsung still has some surprises for us. Today, one of them has gotten revealed with a tipster claiming that the next-gen folding device will be much lighter than its predecessor.

According to tipster Ice Universe, the Galaxy Z Fold4 will weigh 254 grams. Earlier rumours suggest that the device would go with between 258 and 260 grams, but it seems they are wrong. For comparison, the sucessor, Galaxy Z Fold3, weighs 271 grams. Therefore, that would be a 17-gram difference between the two devices, which is quite a big deal.

You might be wondering what makes it possible, since the device is not going with a smaller display. The source mentions that it could be the hinge change, as the company is rumoured to install a thinner one on the Galaxy Z Fold4. The OPPO Find N that has the same form factor weighs 271 grams, but it's considerably smaller than the Galaxy Z Fold4 will be. Therefore, it's impressive that Samsung can achieve that, and we can't wait to hold the device in our hands!

Are you excited about seeing the new Galaxy Z Fold device? Drop a comment to let us know, and stay tuned to TechNave.com for more tech reports.