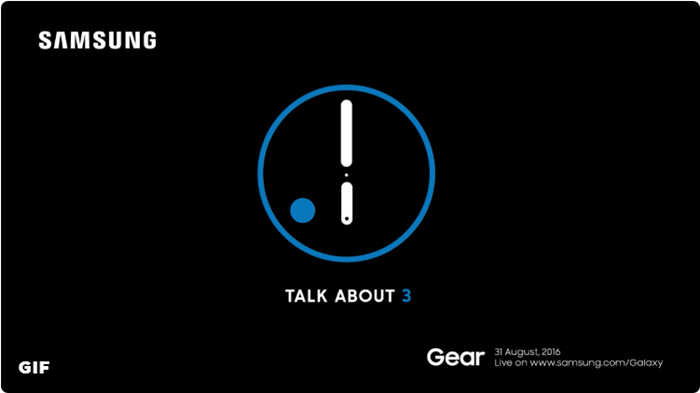 Samsung has released a new teaser in their Twitter account today, hinting all the previous rumours about the Samsung Gear S3 is set to appear on 31 August 2016. Where? Most probably in South Korea first, but will there be more than one wearable?

Rumours have it that there will be three variants of the Gear S3 - Gear S3 Classic, Gear S3 Frontier and the Gear S3 Explorer. We have absolutely no idea what does Frontier nor Explorer means, though it indicates that it's meant for business and outdoors respectively. We can also assume the design to be as beautiful as the Gear S2 with the rotating bezel, which we will just have to wait and see.