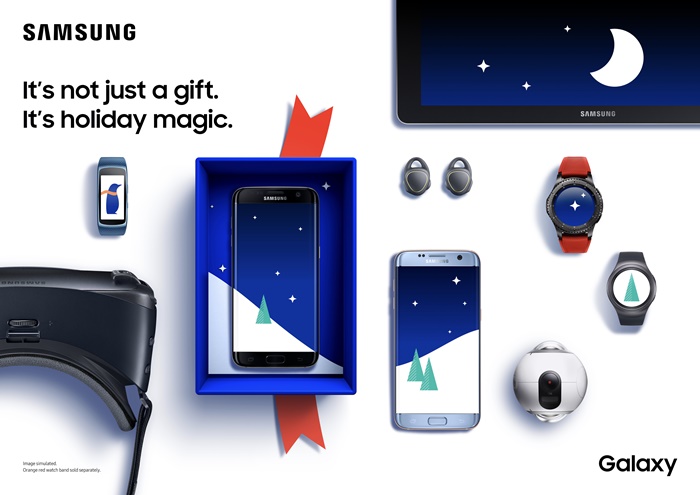 With Christmas itching closer, Samsung Malaysia Electronics is putting together the ultimate holiday gift guide for the fans. From 19 December 2016 until 19 February 2017, Samsung is offering some devices at fantastic prices via the mySamsung app! What are they? Check them out below: For the fitness enthusiasts, Samsung is slasing the price of Gear Fit2 and Gear IconX together! As an advanced fitness tracker, the Gear Fit2 is embedded with a standalone GPS, heart rate monitor, gyro and barometer that provide instant feedback on workouts when paired with your smartphone. The Gear IconX on the other hand, are cord-free earbuds that can track fitness information and provide feedback on running performance. 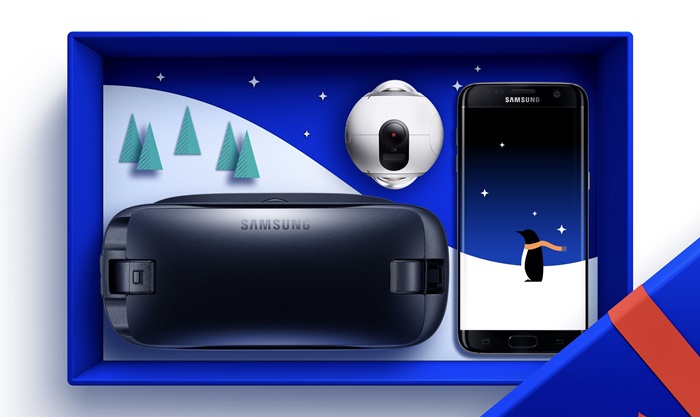 Next, Samsung is packaging up the new Gear VR, powered by Oculus, which allows the flexibility to experience a whole new world in 360° premium virtual reality, from almost anywhere when paired with the latest Samsung smartphones. The new Gear VR is compatible with even more Samsung smartphones, including the Galaxy S7, S7 edge, Note 5, S6, S6 edge and S6 edge+.

Moving on, is the light and compact, spherical-shaped design, the Gear 360 that allows you to easily capture, edit and share snippets of your favourite experiences instantly on social media. Leveraging on the best of the Samsung Galaxy experience, users can now become the creator of their own virtual reality content, then share with friends via platforms such as YouTube 360 and Facebook, and relive the moment with the ultra-immersive new Gear VR.

Lastly, the Galaxy S7 and S7 edge need no introduction as the flagships are packed with a Dual Pixel Sensor technology with wide f1.7 aperture, making it possibly the best camera-centric smartphone of the year. The sleek, curved-designed device also includes protection against dust and water (IP68), and is also available with Blue Coral and the long awaited Pink Gold variant! 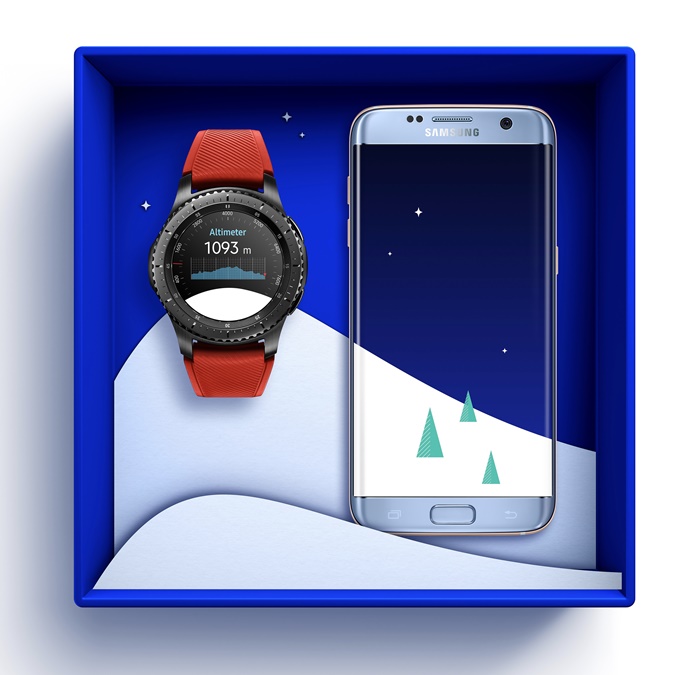 Additionally, to celebrate the official launch of the Gear S3 in Malaysia, Samsung is offering two (2) additional watch straps in different colours* and a limited edition watch collector box* with every purchase of the Gear S3 Frontier or Classic. Samsung wishes you a wonderful and happy holidays! Merry Christmas!