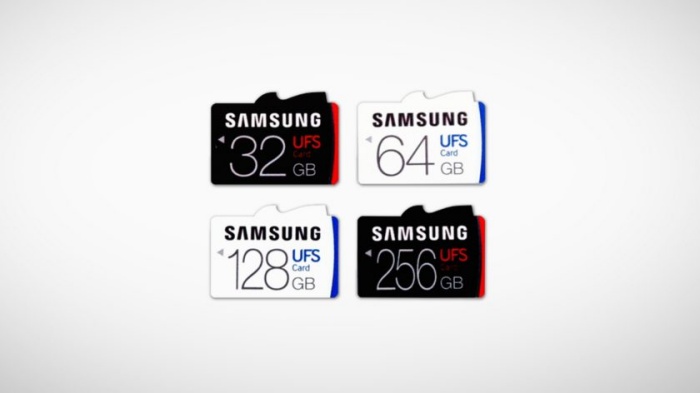 Samsung has just annoucned the industry’s first memory cards based on the UFS removable card standard. The new standard was finalized in March by JEDEC, an industry body that develops standards used in the semiconductor industry, and is based on UFS 2.0.

UFS memory was first seen used in the Samsung Galaxy S6, and now it is coming as an expandable memory option. UFS cards ranging from 32GB to 256GB with read/write speeds that range from twice to hundreds of times higher than microSD will be available soon for purchase. Samsung says that devices equipped with UFS cards can read a 5GB movie in 10 seconds, compared to 50 seconds for a 95MB/s microSD card. UFS cards can write 24 large JPG images in 7 seconds, compared to 32 seconds for a UHS-1 microSD.

Unfortunately, no device in the market right now currently sports a UFS memory slot, as the card is not backward compatible with current microSD slots. We may not see it being used in 2016 smartphones, but expect it to be featured in smartphones in 2017 onwards.