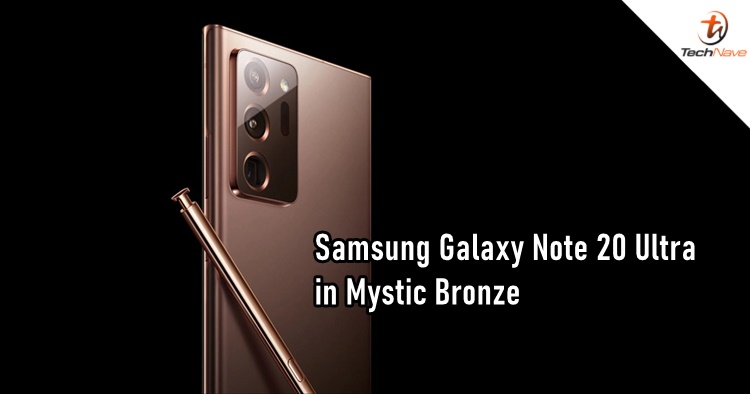 Just some wee hours ago, it seems that official image renders of the Samsung Galaxy Note 20 Ultra got leaked online. That said, it wasn't leaked by any random tipster but by Samsung themselves on their Russian website. Nonetheless, and the phone looks mighty fine.

How this happened was when a Russian YouTuber, Techno Harry, was just surfing on the Samsung Russian website and discovered a new addition to the Galaxy Note 8 landing page. Of course, it has since then been taken down already but what he saw was the probably the Galaxy Note 20 Ultra. While it's true that Samsung tends to release a new Galaxy phone with a new colour, this unannounced phone matched the design leaks from previous news.

To add on, this new colour is called Mystic Bronze and you can see how the triple rear camera setup looks like which again, matched the previous news. You would also notice how this phone looks similar to the Galaxy S20 series, going hand in hand with a similar design theme. In terms of tech specs, many reports are saying that the Galaxy Note 20 Ultra is going to feature a Snapdragon 865 chipset (most likely for the US), up to 16GB of RAM, a 6.9-inch QHD+ display, 108MP sensor as the main camera, a 4500mAh battery and a next-gen ultrasonic fingerprint sensor.

Besides the Galaxy Note 20 series appearing in the annual Unpacked event on August, it's said that Samsung also plans to reveal the Galaxy Fold 2, Galaxy Z Flip 5G, and the Galaxy Watch 3. But what do you think of the look? Let us know in the comments below and stay tuned for more trending tech news at TechNave.com.