Current Location: Home > News > Samsung could be releasing a new budget-friendly smartphone with a 7000mAh battery 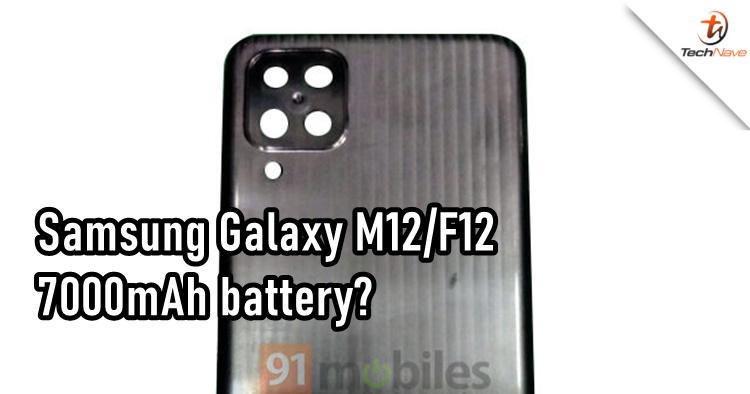 Apart from the Galaxy S and Note series, Samsung also manufactures other Galaxy series lineup for other target audience. There's the Galaxy A series, Galaxy J series, as well as the Galaxy M series which isn't usually seen in Malaysia. Now there's some news about a possible Galaxy M12 or F12 to be released soon.

According to sources, some tech specs and images of the phone body shell have been leaked online. Among the tech specs, it could be called as the Galaxy F12 and it features a super huge battery of 7000mAh capacity. Moreover, the chipset is an Exynos 9 octa 9611, accompanied by 4GB of RAM and 64GB internal storage. 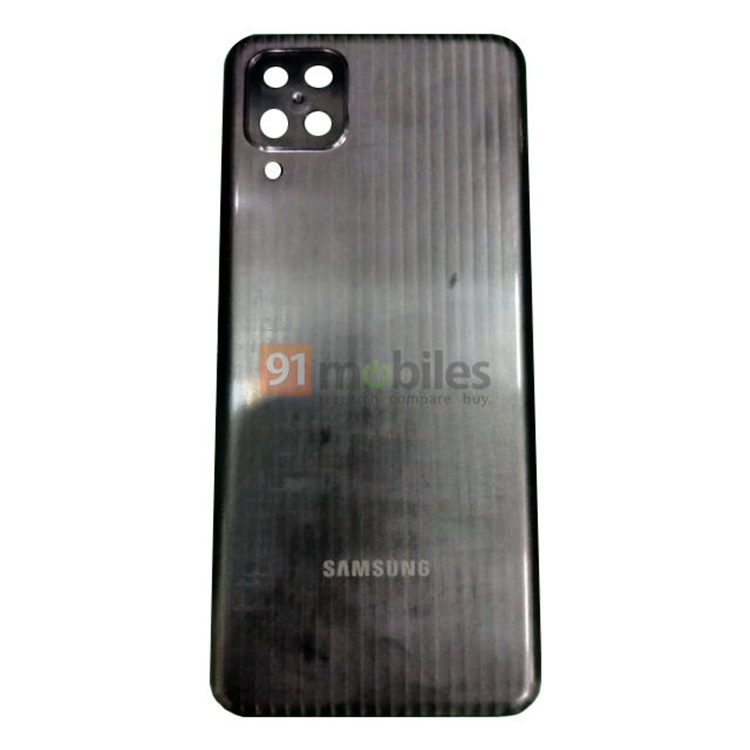 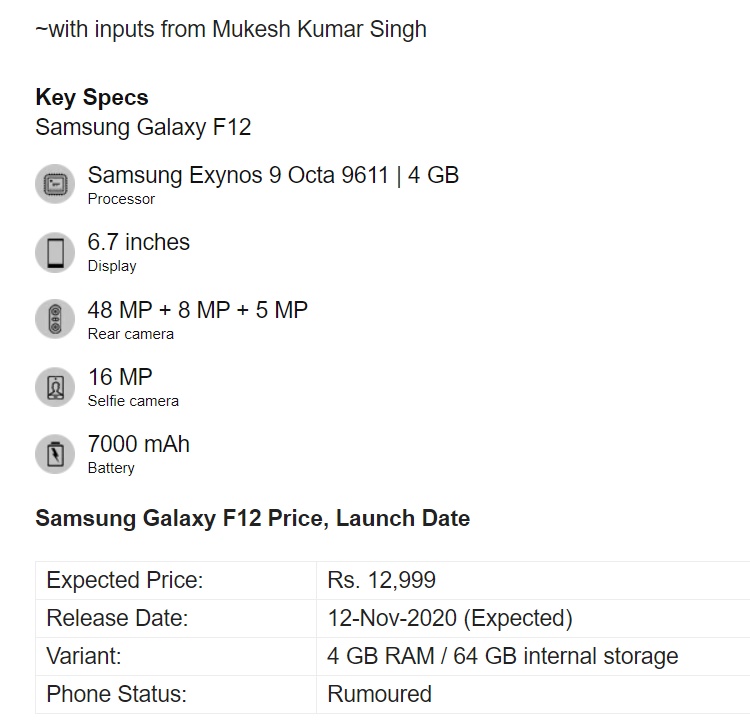 The screen panel is quite huge too, measuring 6.7-inches but no word if it's using an AMOLED or Dynamic AMOLED display, though we think it's more likely to be the former (or none at all). For the camera module, there could be a 48MP + 8MP + 5MP setup and finally, a 16MP sensor as the front camera. The release date could be 12 November 2020 at the price of 12,999 rupees (~RM726).

Samsung would rarely import a Galaxy M smartphone in the Malaysian market, but what do you think? The battery there is certainly the best feature. Until then, stay tuned for more trending tech news at TechNave.com.