Current Location: Home > News > Samsung could launch a 65W charger soon as its fastest charger ever 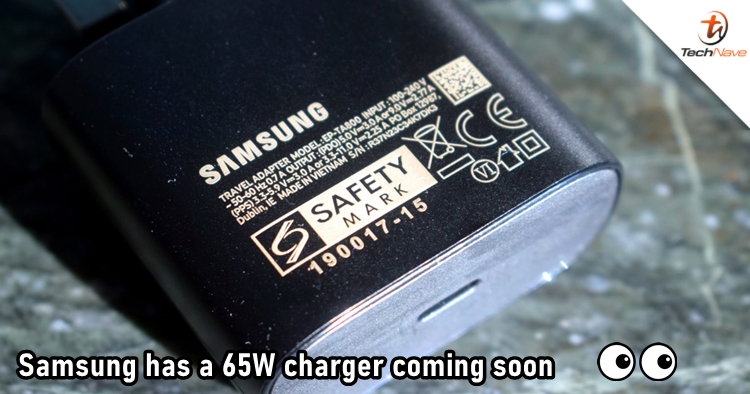 Samsung hasn't been aggressively working on fast-charge solutions compared with other smartphone manufacturers that have introduced over 100W fast charge technology. Other than the Samsung Galaxy Note 10 Plus and Galaxy S21 Ultra that support 45W, it is hard to see its other smartphones achieving anything more than 25W. Now, things might be changing after a 65W Samsung charger was spotted on TUV listing.

According to the source, the 65W charger comes with a model number EP-TA865 and it was first spotted back in September 2020. By supporting 20 volts at 3.25 amps, it would allow supported devices to charge at 65W becoming the fastest that Samsung has ever offered. It is also said to support USB PD PPS, a real-time voltage negotiation standard that should improve charging performance.

Sadly, it's unlikely that the smartphone manufacturer will include the charger in the box of upcoming devices as it has opted for the 'green solution'. Therefore, let's hope that Samsung's first 65W charger will not have a price tag that can hurt our wallets.