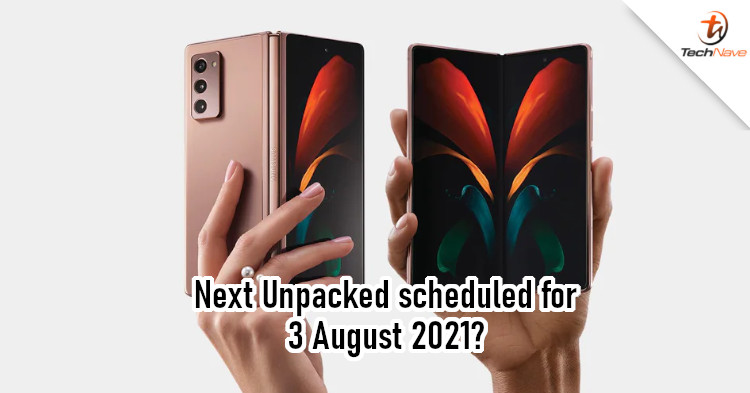 If you recall, there was a rumour suggesting that Samsung would be unveiling a few new devices in August. We now have another source that backs this claim and added that the upcoming Samsung Unpacked will be held on 3 August 2021.

Yesterday, Max Weinbach posted a vague statement that hinted at the Samsung launch. From what we gather, Samsung is expected to reveal a total of four devices. These include the Galaxy Z Flip 3, Galaxy Z Fold 3, Galaxy Watch 4, and Galaxy Watch Active 4. Last year, Samsung unveiled a couple of devices during its 5 August 2020 event, so this new sounds quite credible.

It should be noted that this was when Samsung launched the Galaxy Note 20 series. Since the Galaxy S21 FE is supposed to take the place of the Galaxy Note series this year, we could see that device launched too. Samsung could also be looking to reveal other products, but we don't have any confirmation on that yet.

Weinbach's leaks are quite reliable, so the date is probably accurate. Still, we suggest taking this leak with a grain of salt. Speaking of which, what do you hope to see from Samsung at the next Unpacked event? Let us know in the comments, and stay tuned to TechNave for more updates on this.