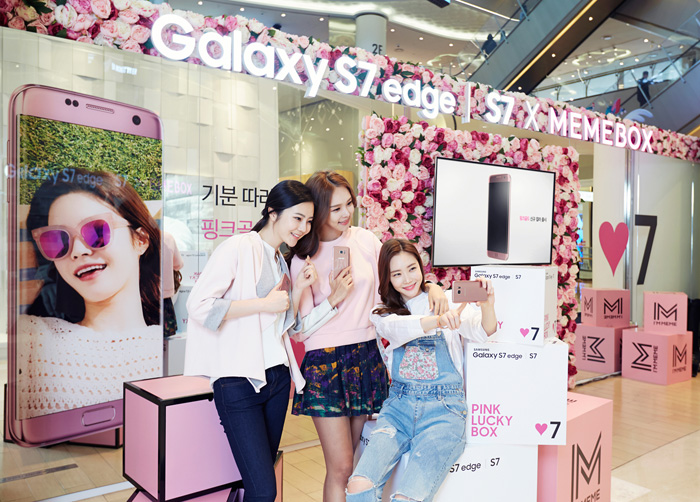 If you fancy the gold version of the Samsung Galaxy S7 and Galaxy S7 edge that we shared in the past, this new Pink Gold version from Samsung might be to your liking too. Samsung recently debuted their Pink Gold edition of Galaxy S7 and Galaxy S7 Edge for Korea, with the only difference being the colour, while the tech specs remain the same. So you will still be getting Samsung own's Exynos 8890 SoC, 12MP Dual Pixel Camera and water resistant body.

On top of Pink Gold, there are four other available colours that Samsung initially offered, such as Black Onyx, Gold Platinum, White Pearl and Silver Titanium. No Malaysia release dates but just like in the past where Samsung released the Pink Gold version of the Samsung Galaxy Note 5, it should not be long until the Pink Gold S7 and S7 edge reach Malaysia too.