Current Location: Home > News > Samsung is giving away up to RM332400 in prizes including a brand new Galaxy S10+ this Raya!

Samsung is giving away up to RM332400 in prizes including a brand new Galaxy S10+ this Raya! In conjunction with the Festive Raya Season, Samsung will be hosting the Raya Bersama, Lagi Gembira campaign where they will be giving away up to RM332400 in prizes starting from 15 May until 16 June 2019.

Simply purchase any of the selected products listed on their official website and fill in the necessary information, to stand a chance to be one of the lucky winners to get your hands on prizes such as the Samsung Galaxy S10+ 512GB model, Samsung Galaxy Tab S5e, Samsung Galaxy Watch Active, Galaxy Buds, Wireless Charger Duo Pad and a 10000mAh Powerbank. Not only that, but there’s also Samsung Galaxy A series to be won weekly as well. 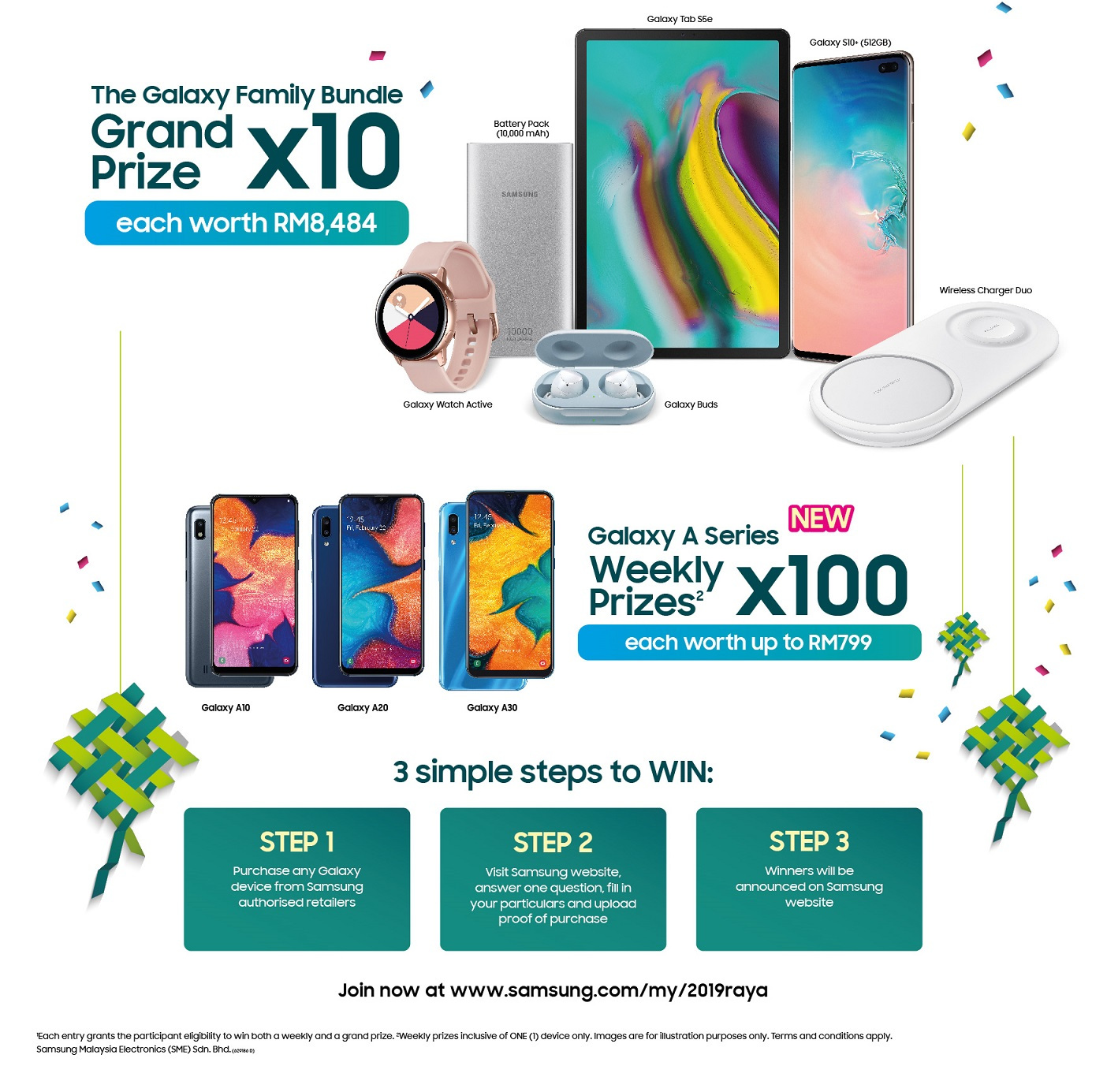