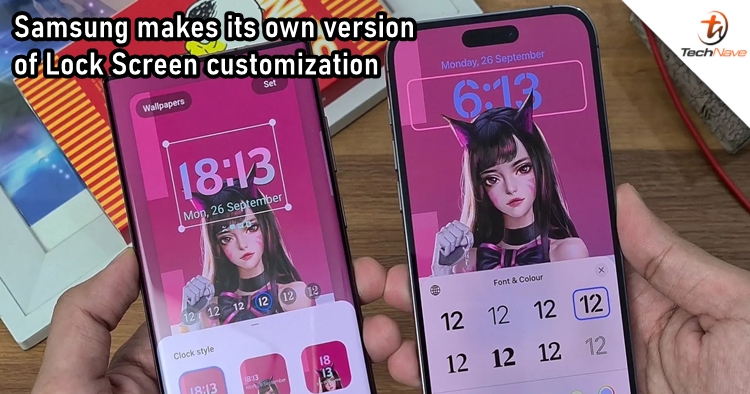 Apple has come out with some pretty exciting software stuff recently, and the hottest one could be Dynamic Island. However, not only the iPhone users like it, but some other smartphone makers are also fond of the idea. That's why we have seen some replicates on Android smartphones. Now, it seems like another feature has also gotten an Android OEM's attention, with Samsung testing the iOS 16's Lock Screen customization in OneUI 5 beta 3.

Samsung's version of the Lock Screen customization works similarly to the one from Apple. Both operating systems offer "Collections" of backgrounds when adding new wallpapers. The OneUI 5 beta 3 also brings five different clock styles, while Apple has eight. Of course, you can change the clock's colour on both systems. Furthermore, Samsung only offers widget icons for notifications for now. Meanwhile, Apple provides built-in and third-party widgets.

It's funny seeing Samsung 'copying' something from Apple, considering it has mocked the iPhone 14 series not once but multiple times after the launch. The company tweeted messages like "What the flip, Apple?" and "What's the hold on the Fold, Apple?" to joke about the iPhone 14 being non-foldable. After that, it also mocked the 48MP camera by saying "48 megapixels? You're almost there, Apple".

What do you think about the feature? Is it worth copying? Let us know your thoughts by leaving a comment, and stay tuned to TechNave.com for more tech reports.