Current Location: Home > News > Samsung looking to postpone the launch of its chipset with AMD GPU 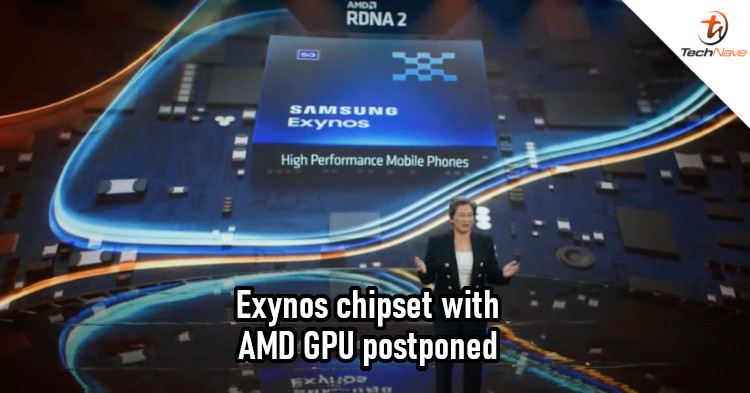 Over the last few months, there have been a few rumours about a new chipset from Samsung with AMD's GPU. This chipset was expected to be equipped on the Galaxy Z Fold 3 and unveiled this month. However, that might no longer be the case.

According to Ice Universe, Samsung is looking to move the release of the new AMD-powered chipset to July 2021. The company is expected to reveal the performance of the Exynos chipset with AMD GPU then. We don't know why it's been postponed, but Samsung and AMD could be doing some final tests and checks on the chipset.

Exclusive：Samsung×AMD GPU was originally scheduled to be released in June, but now it has been postponed to July, when we will know the performance of AMD GPU on Exynos and other details. pic.twitter.com/GM6W8l3EKY

Judging by the timing, this chipset could in fact be used for the upcoming Galaxy Z Fold 3. It has been reported that Samsung's new foldable could be launched on 3 August 2021. By unveiling the chipset in July, Samsung can build up hype for the foldable phone in terms of gaming performance. Speaking of devices, the chipset could also be meant for an ARM-based Samsung laptop.

Obviously, that's just our speculation. But AMD's integrated RDNA2 GPU has proven itself on laptops, so it'll probably do just as well on mobile devices. Do you foresee new Samsung devices delivering superior gaming performance? Share your thoughts in the comments, and stay tuned to TechNave for more updates.