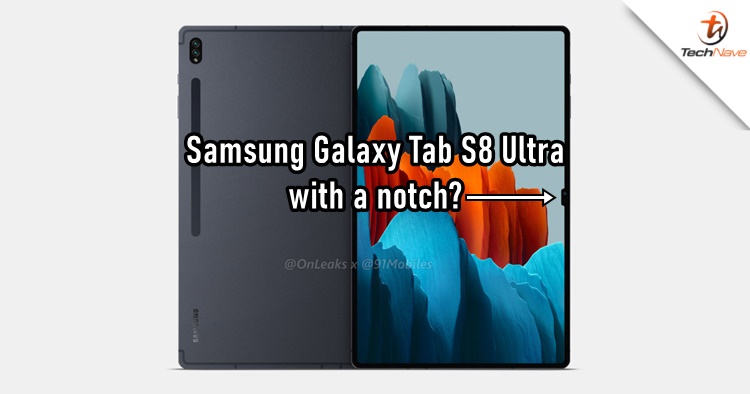 When it comes to designs, Apple is usually the one that doesn't change much. But when they do change, it would only be a minimalistic one that gets people talking. A good example of this is putting a notch on the Macbook and now it seems that Samsung may do the same on its upcoming Galaxy Tab S8 Ultra.

It's not official yet, but 91Mobile.com found an intriguing image on an official Bixby support page. The tablet actually appeared behind a Galaxy smartphone and you can clearly see a notch in the top centre. If you visit the support page, the image has been taken down already but you can still see it below. 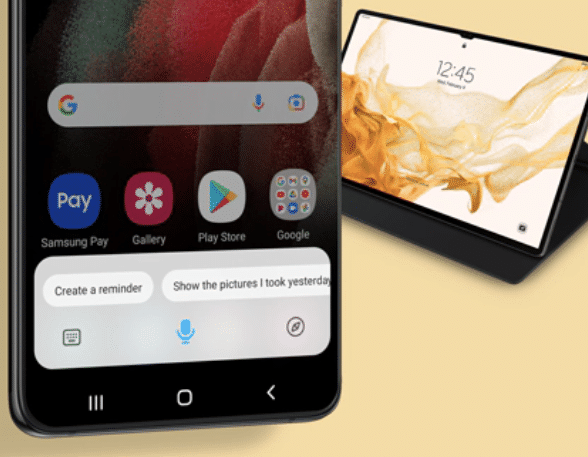 Besides the notch, there has been a couple of leaks about the tablet. There are rumours that the Galaxy Tab S8 Ultra could feature a rather huge 14.6-inch OLED display that supports a 120H refresh rate. Moreover, the notch could house a pair of 12MP front cameras whereby the secondary camera functions as a wide-angle lens.

We won't be surprised if the Galaxy Tab S8 Ultra will run on a Snapdragon 8 Gen 1 chipset so a 5G connectivity is very likely. As for the memory, the leaks suggest that it should be running on 16GB of RAM and up to 512GB of storage. Last but not least, the last rumour said that there could be an 11,200mAh battery pack.

We don't know when Samsung plans to announce the Galaxy Tab S8 Ultra, but there's a good chance that it would appear alongside the upcoming Galaxy S22 series in the Unpacked event during early February. Stay tuned for more trending tech news at TechNave.com.