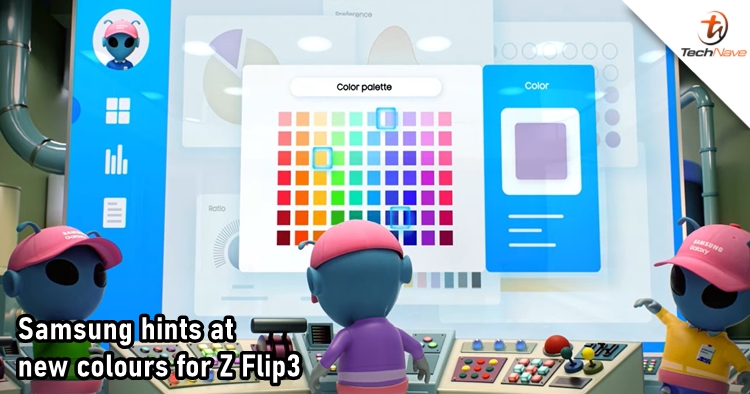 Samsung will have a second part of the Unpacked 2021 held on 20 October. Rumour has it, the company could bring more colourways to the recently launched Galaxy Z Flip3. It has also posted some videos to hint at what's coming at the event.

Rather than fixed colour options, one of the teaser videos shows that Samsung might eventually bring customizations for the Z Flip3 with three animated Aliens switching the colour scheme of their clothes. It also displays wordings "Galaxy Studio", which might be the project that the Korean tech giant has planned for the customization feature.

Besides the Z Flip3, other Galaxy flagship devices such as Z Fold3 and Galaxy S21 series, along with wearables like the Galaxy Watch4 and Buds2 might also get the same treatment. Take this with a pinch of salt as nothing official has been announced yet. If that doesn't happen, leakster Tron suggests that Z Flip3 will get new Gray, Light Pink, White, Blue and Yellow colours. There could also be a combination of new colourways with customizations, who knows?

Are you ready to see what will happen at the event in just a few days? Leave a comment to let us know your thoughts on this article and stay tuned to TechNave.com for more tech news.