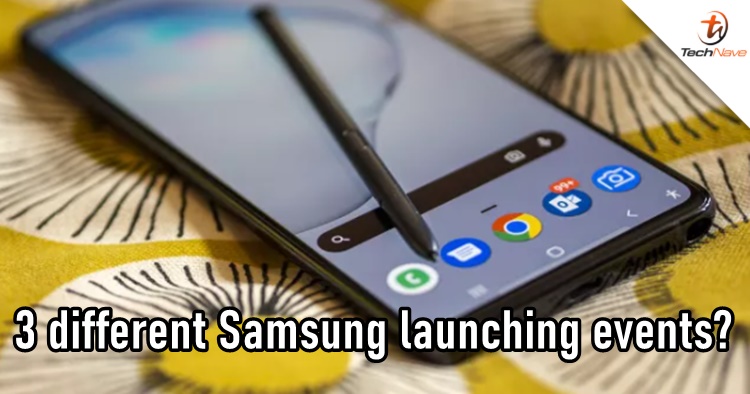 Back in early June, there were reports about the Samsung Galaxy Note 20 series and Galaxy Fold 2 releasing simultaneously on the 5th of August 2020. It was easy to take it with a grain of salt, as the date has been shuffled again due to a new report by ETNews in South Korea. On top of that, the Galaxy S20 Fan Edition will also join the fray.

According to the leak, the Galaxy Note 20 series is still scheduled to be released in August but without any exact date so it might have shifted. As for the Galaxy Fold 2, the next-gen foldable device got moved to September and followed by the Galaxy S20 Fan Edition in October. Then from another news source, speculations suggest that the Fan Edition could be the Galaxy S20 lite. It will surely be the more affordable version of the Samsung Galaxy S20 family. The new Samsung Galaxy devices is expected to house the One UI 2.5 software and equipped with the Snapdragon 865 chipset. Meanwhile, the smaller clamshell foldable phone, Galaxy Z Flip 5G will be an upgraded 5G version (duh) which is also expected to be released in mid-August before the next big foldable smartphone, the Galaxy Fold 2. The Galaxy Z Flip 5G might also be releasing in China first since a listing was spotted from TENAA.

Either way, there’s still no official confirmation on the releasing dates for each phone mentioned, so do take this with a pinch of salt. But which one are you looking forward the most? Let us know at our Facebook page and stay tuned for more tech news updates at TechNave.com!