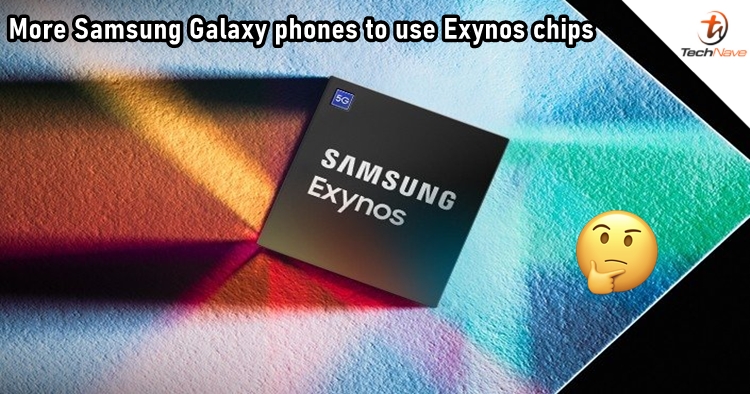 Samsung produces in-house chipsets, but they barely get used by the company's own smartphones. However, things might be changing soon as the latest report claims that the Korean tech giant is planning to push the usage of the Exynos chip among the Galaxy devices.

Korean media ET News reported that Samsung Electronics is pushing to "raise the proportion" of Exynos chipsets in Galaxy phones from 20% to between 50% and 60%. It also added that Samsung's LSI division will subsequently have more than double shipments of Exynos chipsets in 2022. Besides that, an insider has informed the news outlet that Samsung has resolved two crucial Exynos issues in the next production as well, which are 5G communication and heat issues.

The push is claimed to be only happening to the mid-range and budget devices since most of them utilize Qualcomm Snapdragon or MediaTek's SoCs. However, Samsung might need to step up its game as the Exynos 1080 was deemed roughly on par with the MediaTek Dimensity 1200 and Snapdragon 780G.

Do you wish for the company to stay the same way or carry out the mentioned plan? Drop a comment to let us know your opinion and stay tuned to TechNave.com for more tech reports.