Samsung still won't be including water resistance for tablets in 2022 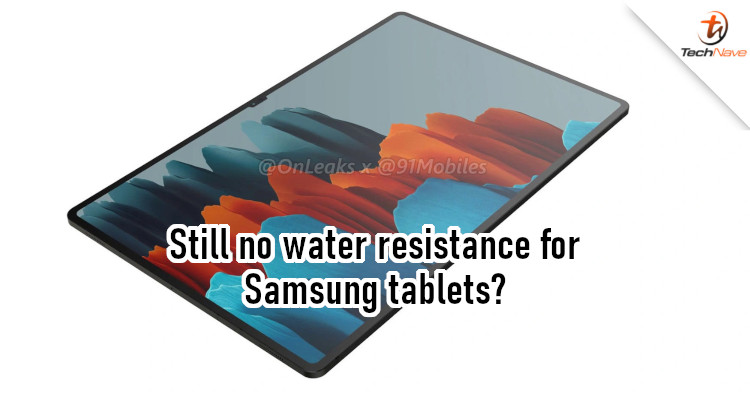 Renders from @OnLeaks (via 91Mobiles)

As you may know, water resistance was first introduced to smartphones in 2013 by Sony. These days, there are plenty of manufacturers with water-resistant phones. Samsung does that for its flagship phones, but we might still not see it on tablets next year.

According to Sammobile, Samsung will continue to add water and dust resistance to foldable phones. This would include the successor to the Galaxy Z Flip 3 and Galaxy Z Fold 3. However, tablets aren't getting the same treatment anytime soon. The Samsung Galaxy Tab S8 series is expected to come with plenty of features, but sources claim that water resistance won't be included.

Currently, flagship Galaxy devices like this have IP68 certification, which means that they're resistant to accidental spills and rain. These are not situations that would happen often, but it's always good to have that extra layer of protection. Moreover, some people like to chill and Netflix in a hot tub. In such cases, you normally need a type of ziplock bag for the tablet to keep it safe.

Of course, there's no official confirmation on that yet, so take the news with a grain of salt. Having said that, is water resistance something you consider important? Let us know in the comments, and stay tuned to TechNave for more news about this.