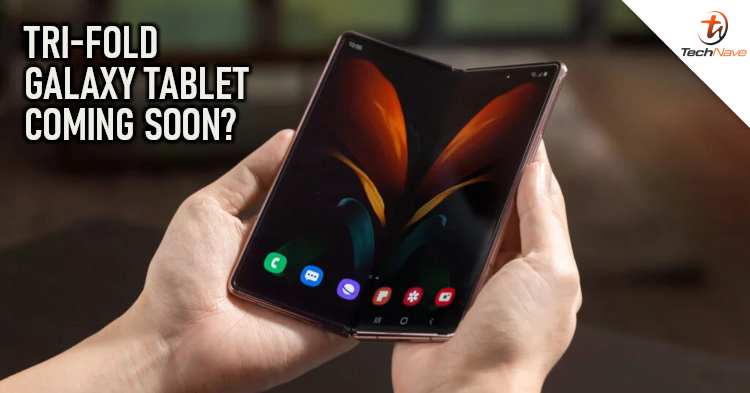 It seems that a report by gizmochina hinted that Samsung could be releasing a Galaxy tablet that’s equipped with a tri-fold display. While there’s no information on the Malaysia release date, our source did mention that it will most likely be unveiled somewhere around Q1 2022.

Unfortunately, there’s not much known in regards to the tech specs of the foldable tablet in question other than it will come equipped with ultra-thin glass that’s usually found on existing Galaxy series smartphones. However, do take every bit of information with a grain of salt, due to the fact that Samsung has yet to provide an official statement on the leak.

Not only that, but there’s also no news on the exact tech specs, Malaysia release date, as well as local pricing of the smartphone mentioned. With all that said, what are your thoughts on the Samsung Galaxy Z Fold Tab that’s coming next year? Let us know on our Facebook page and for more updates like this, stay tuned to TechNave.com.