Current Location: Home > News > Samsung trademarked for "Blaze Bezels" that can be used on wide variety of devices 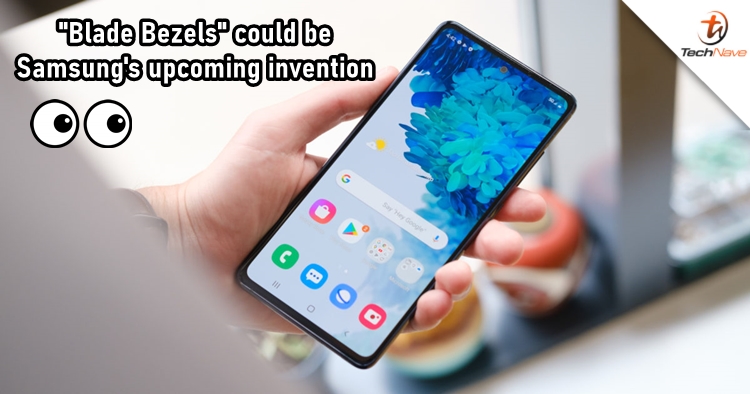 After the news broke out saying that Samsung will bring uniform bezels to the upcoming Galaxy S21 series, we've gotten a possible follow-up for the rumour today. LetsGoDigital, a platform that is well-known for patent and trademark coverage, has discovered that Samsung has trademarked for something called "Blade Bezels".

The trademark was filed by Samsung Display with the Korean Intellectual Property Office (KIPO) on 16 October. According to the source, the application for this trademark is categorized as Class 9 that is meant for large screen display, smartphone display, LCD, LED, OLED, digital camera display, and video screen. With that said, we might see the "Blade Bezels" appearing on a plethora of devices like televisions, monitors, smartphones, and cameras. 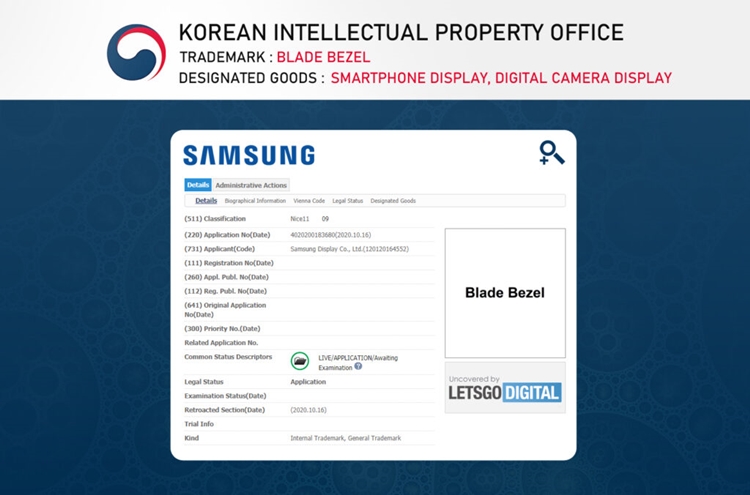 Other than the name, there is nothing much found from the trademark. However, the source still claimed that the design could be flat without any curves which will benefit Samsung's flatter slim bezel panels. As always, not every patent or trademark will be made into actual products. Therefore, take this news with a pinch of salt before Samsung makes anything official.

Let us know what you think about the "Blade Bezels" on our Facebook page. Stay tuned to TechNave.com for more latest tech news.