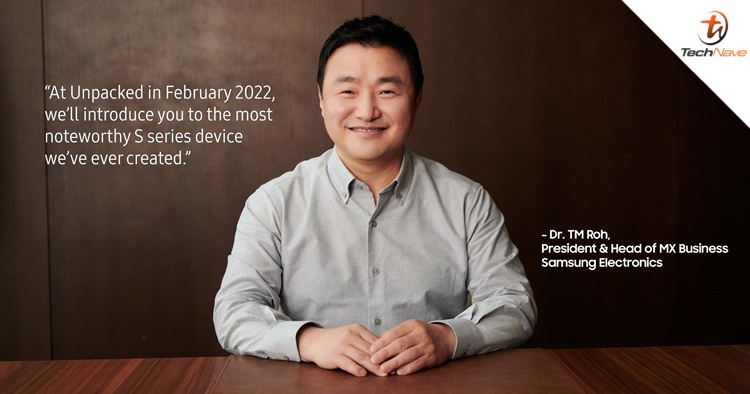 Just a few hours ago, Dr TM Roh, the President & Head of MX Business Samsung Electronics released an editorial about the company's direction in 2022. There are a couple of things that are worth mentioning in the editorial, namely the next Unpacked and some hints of the Galaxy Note series fate.

Without beating around the bush too much, Roh started by talking about how the first Galaxy Note came around and eventually how the Galaxy Fold broke boundaries. While addressing that many Galaxy Note fans (including us) were surprised to not see a new Galaxy Note last year, he literally mentioned that we will be seeing the most "noteworthy" S series device Samsung has ever created.

Also confirming an Unpacked Event in February 2022, Roh said the next Galaxy S series is "bringing together the greatest experiences of our Samsung Galaxy into one ultimate device". From what we can gather, the device would have an improved night mode, a big battery pack and high-end tier features. He also mentioned the smartest Galaxy Ecosystem yet.

At the end of his note, all he could say was "get ready for the ultimate Ultra experience". With all the past rumours and leaks, there could be a new device that merges the charms of a Galaxy S Ultra and Galaxy Note together (a Galaxy S22 Note Ultra phone?). Well, we can only wait and see until February 2022.

Are you looking forward to the upcoming Galaxy S22 series soon? If you want to read the whole editorial, you can check it out right here. Stay tuned for more trending tech news at TechNave.com.