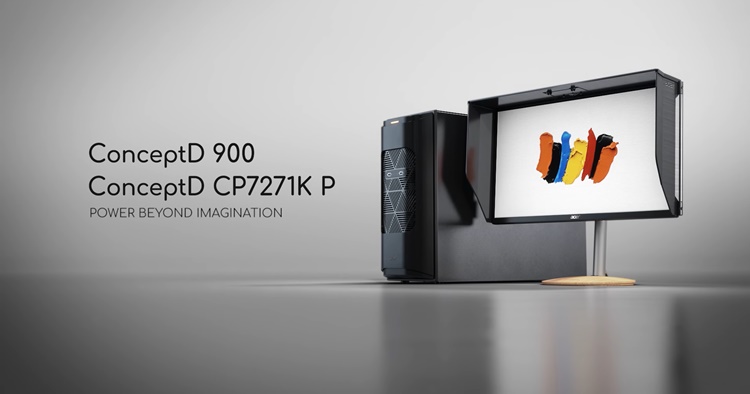 Recently, Acer just announced a bunch of new gadgets in their laptop lineup at its annual Next@Acer2019 Global Press Conference in New York. Besides the gaming laptop lineup, the company has also showcased several new laptops for working professionals and casual users. Let's take a look at what they got below:

ConceptD - For the Creators

One of the newest ones is a high-end desktop that's optimized for graphic designers, filmmakers, engineers, architects, developers and other creators is the ConceptD. There are a couple of ConceptD devices, ConceptD 900 features high-end tier specifications such as an Intel Xeon Gold 6148 processors with 40 cores and 80 threads + NVIDIA Quadro RTX 6000 graphics, whereas the ConceptD 500 has an 8-core and 16-thread 9th Gen Intel Core i9-9900K processor that hits up to 5.0GHZ, and up to NVIDIA Quadro RTX 4000 GPUs. ConceptD devices also come with a high-end monitor with precise colour accuracy and has silent processing too. 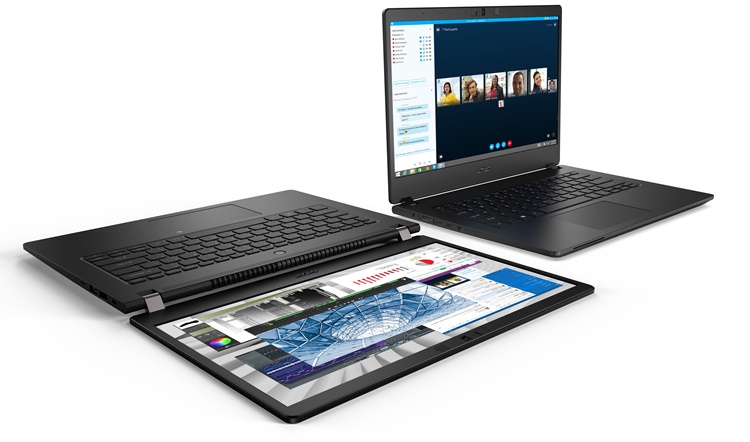 Next up, the new TravelMate P6 Series Notebook was also announced and designed for professionals on-the-go. Going for an ultra-thin and light design (1.1 kg only!), it doesn't compromise the tech specs inside as it packs a Windows 10 Pro OS with up to 8th Gen Intel Core i7 processors, up to 24GB DDR4 memory, up to NVIDIA GeForce MX250 graphics, and up to 1TB of responsive Gen 3 x4 PCIe SSD using NVMe technology.

Furthermore, this 14-inch notebook (Full HD, Corning Gorilla Glass) has 20 hours of battery life (based on MobileMark 2014) and can also be charged up to 50% in less than 45 minutes. It's also nice to know that it has a four-mic array that picks up vocals from up to 6.5 feet away.

Acer's Aspire and Spin series also make a return. Starting with the Aspire series, it comprises of the usual Aspire 7, Aspire 5 and Aspire 3 trio, all three has the latest processing and graphics power with narrow Full HD displays. Below is a highlight summary of each Aspire model: 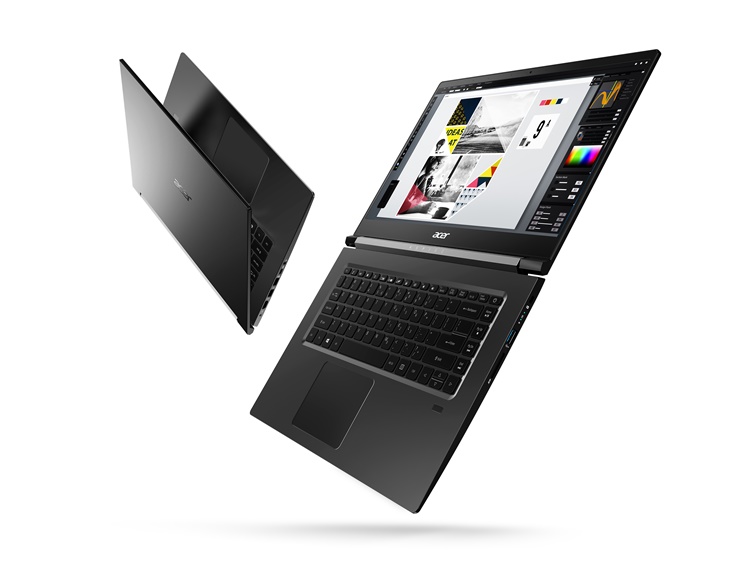 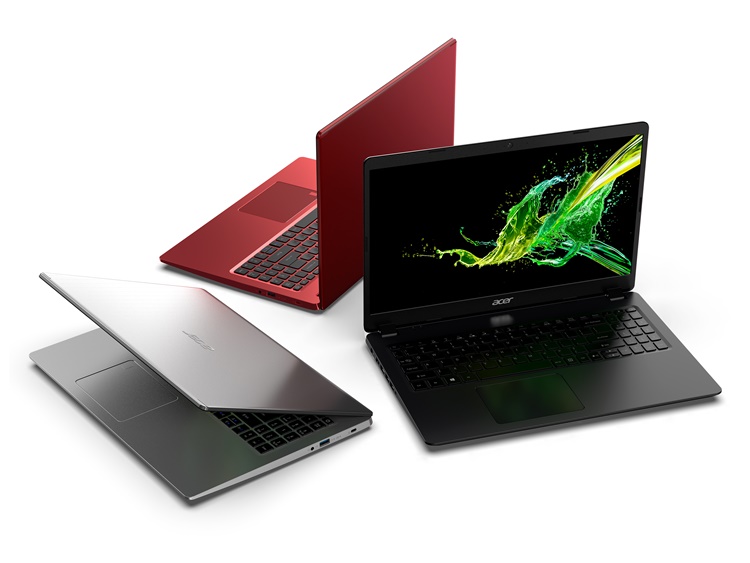 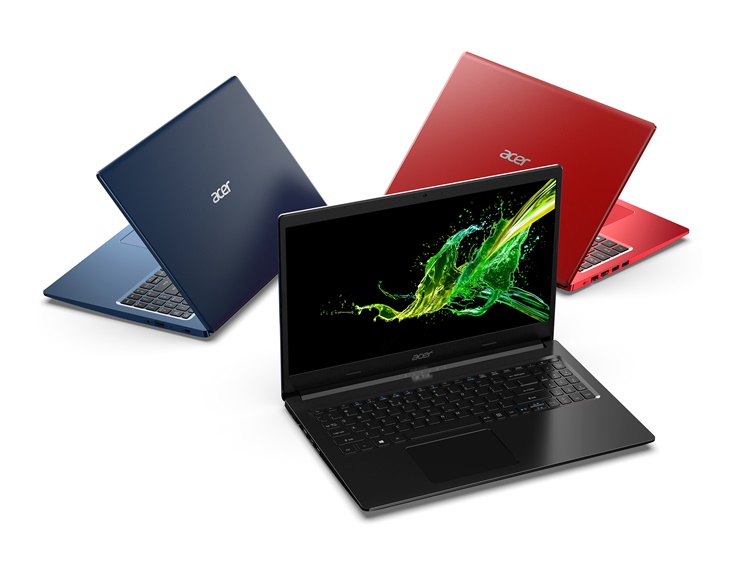 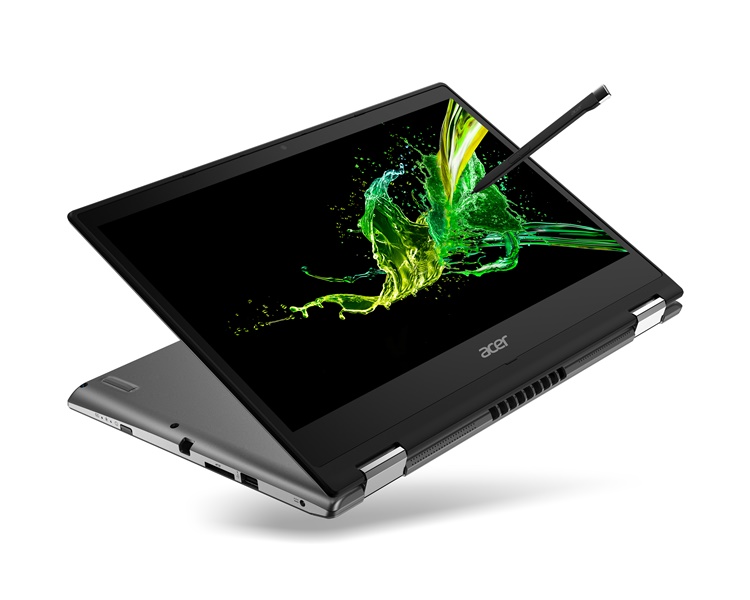 Then for the Spin series, only the Spin 3 was announced. It's powered by Windows 10 and up to an 8th Gen Intel Core i7 processor and an optional NVIDIA GeForce MX230 GPU, up to a 512GB PCIe SSD and up to 1TB of HDD storage, a dockable and rechargeable pen, and enhanced Wi-Fi performance. It's also lightweight at 1.7kg and can flip its 14-inch display in 360-degrees.

Finally, the Chromebooks are also back and the 715 model is the first Chromebook with a dedicated numeric keypad. Besides that, both models have a military-grade durable aluminium chassis body, fingerprint readers, and Citrix Ready Certification, sporting up to 8th Gen Intel Core processors, up to 12 hours of battery life, dual USB Type-C 3.1 ports and a USB Type-C dock for workstations and more.

For more information, you may head to their official website here to check out all the new Acer products announced last night. Stay tuned for more Acer news at Technave.com.