Shopee has officially announced that during the 11.11 Big Sale, they’ve gotten to 3 times more orders within the first hour of 11 November 2019 as compared to last year's campaign. Not only that, but they’ve also sold 70 million items during the day itself as well.

Furthermore, various brands who took part in the campaign saw up to 5659 times increase in visits and an increase in orders of up to 3408 times. These orders consist of products such as laptops, shoes, kitchenware as well as various high ticket items like smartphones which usually costs more than RM3000. 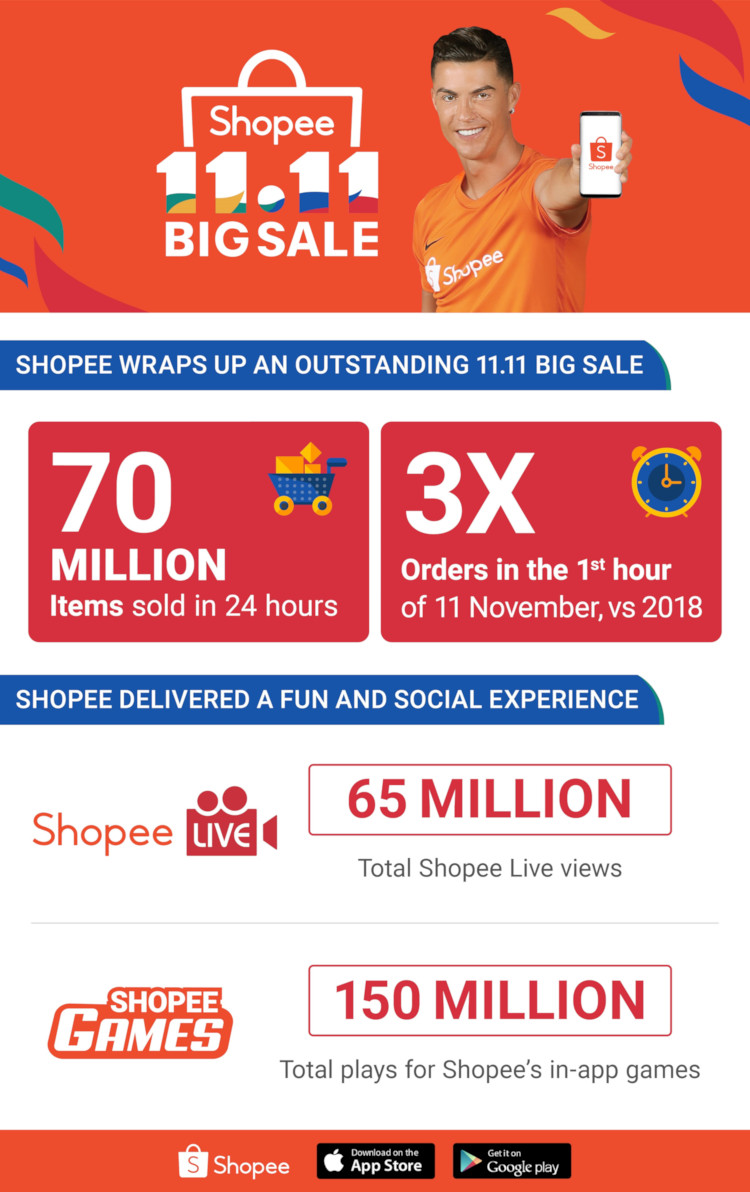 But that’s not all, during the sale, the National Cancer Council Malaysia, Shopee and partners such as Sunway Medical Centre and hosted the #ShopeeMAKNA 11.11 Charity Challenge which has managed to raise a total of RM114170 for treatment of underprivileged cancer patients. Furthermore, Shopee also hosted a game show during the charity drive, which garnered half a million views in two hours as well as donations to MAKNA trickling in throughout the entire day.

What do you think of the 11.11 Big Sale and Shopee’s contributions to fight against cancer? Let us know on our Facebook page, and for more updates like this stay tuned to TechNave.com.