Current Location: Home > News > Since it's doing so well, Shopee wants to reward you with a free voucher for the Samsung Galaxy M20

Since it's doing so well, Shopee wants to reward you with a free voucher for the Samsung Galaxy M20 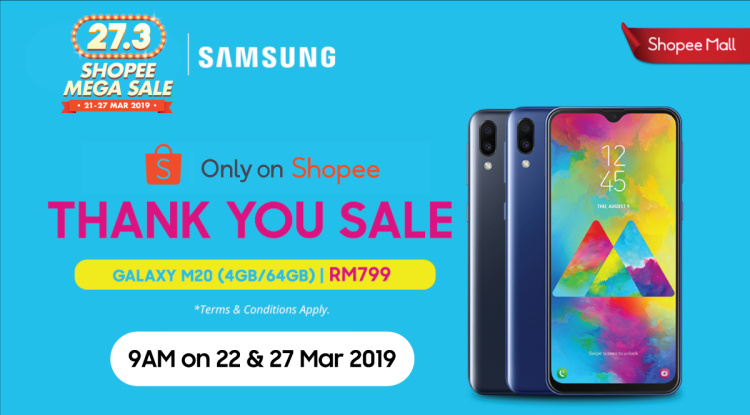 The Samsung Galaxy M20 recently got revealed as a Shopee exclusive for RM799 and it's been doing so well with sales of 60 units in just 1 second that they want to reward our loyal TechNavers. As such, if you're looking to pick up the value-busting Galaxy M20 you can get it at RM25 off on Shopee from 9AM on 22 and 27 March 2019 (just scroll down to the bottom of this post). 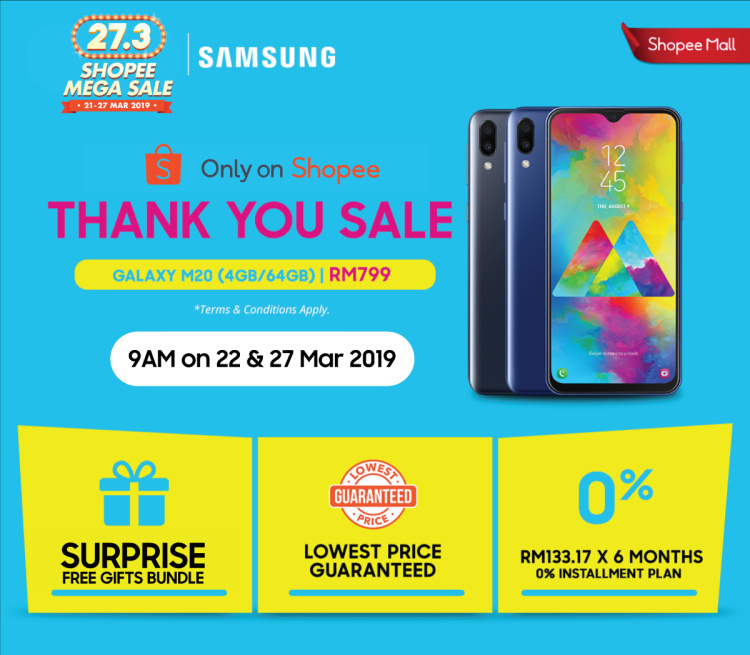 As Samsung Malaysia’s first online exclusive only partnership with Shopee, Samsung Malaysia and Shopee will be adding plenty of freebies. These include special gifts such as a JBL headphones and Logitech X50 wireless bluetooth speakers along with more vouchers.

If you want a closer look at the Samsung Galaxy M20, check out our hands-on pics but for you loyal TechNavers, you can pick up an additional RM25 discount by entering the voucher code 25TECHNAVE when you checkout the Galaxy M20 at the official store on the Shopee app for 22 and 27 March 2019 (while stocks last). Stay tuned to TechNave.com for more deals on tech.