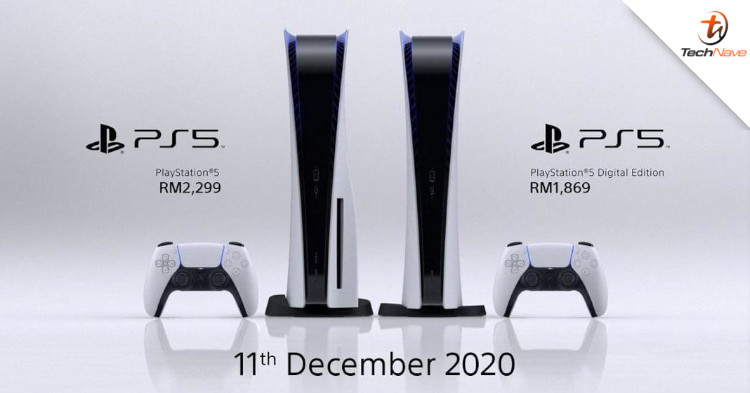 After months of anticipation, Sony finally announced details of its next-gen PlayStation 5 (PS5) console in September. Originally expected to launch on 19 November 2020 before the plan was scrapped, but Sony has ended all speculations with an announcement earlier today.

Sony Malaysia has confirmed that the Sony PS5 will be coming to our shores on 11 December 2020. Both the standard and Digital Editions will be available on launch date, with the price set at RM2299 and RM1869 respectively. In case you don't know, the only difference between the two variants is that the Digital Edition doesn't come with an Ultra HD Blu-ray disc drive.

New games that will be available on launch date would be Astro's Playroom (pre-installed on console), Demon's Souls, Marvel's Spider-Man: Miles Morales (standard and Ultimate Edition), and Sackboy A Big Adventure. For those who are interested in getting the console, you can start to pre-order it tomorrow via Sony Centres and stores, as well as other authorised retailers.

There are also a bunch of accessories that will be available, so check out the website for more details. With that said, are you planning to buy this next-gen console? Let us know what games you're looking forward to playing in the comments and stay tuned to TechNave for more PlayStation updates.