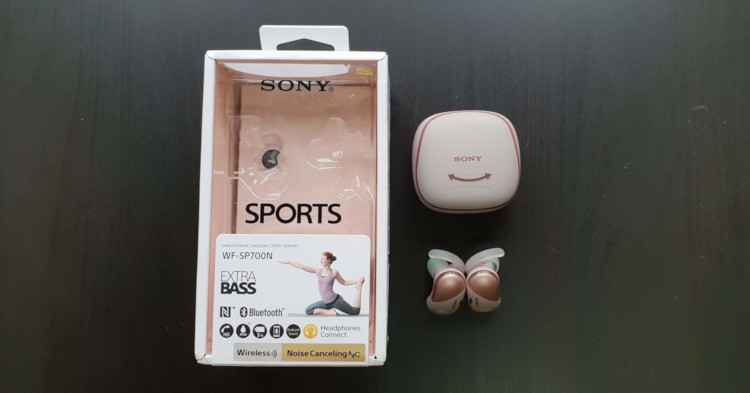 The Sony WF-SP700N Wireless Noise Cancelling Sport Earphones is catered towards people who enjoy working out while listening to music. These earphones are priced at RM709 and holds up to 9 hours in battery life which is more than a quarter of a day. Not only that, it also has other features such as a truly wireless headset and active noise cancellation. In this review, we will put the earphones to the test to see if it is worth the RM709 price point, and whether it is suitable for sporty and athletic users on the go.

Starting off with the case of the earphones, it is a rounded cube shape with a “hypnotic” magnetised flip cap to ensure the casing stays either open or closed. Inside the case there are clear indicators on where the left and right earphones would go and to the rear there is a Micro USB port for charging the earphones. 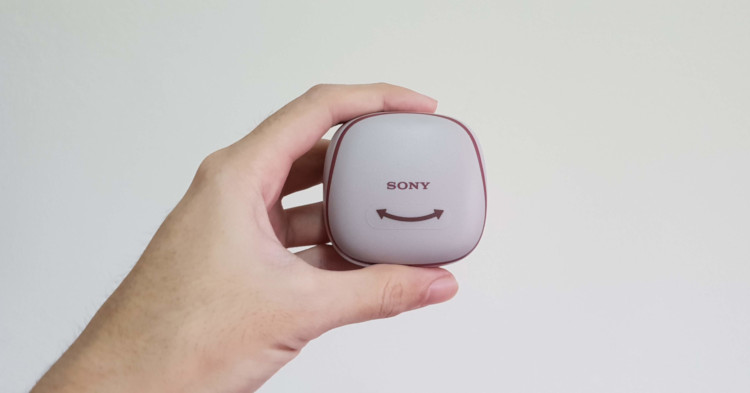 Front of the case 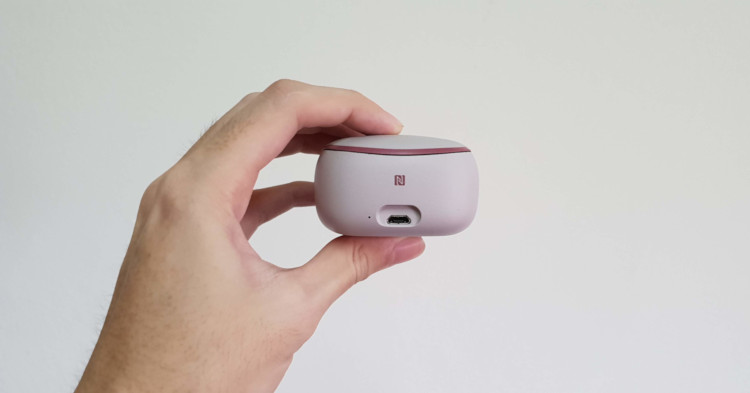 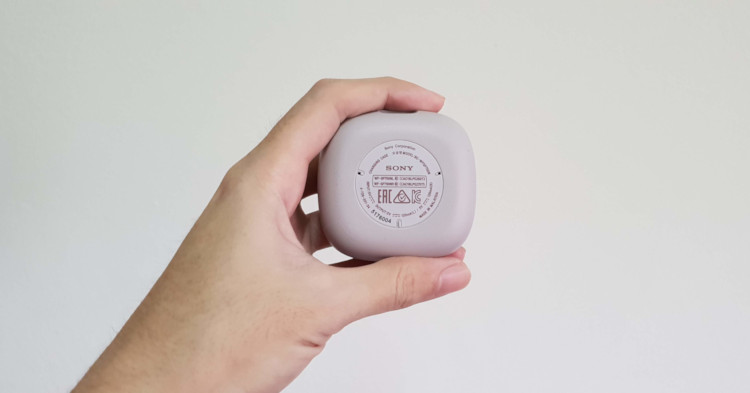 Underside of the case 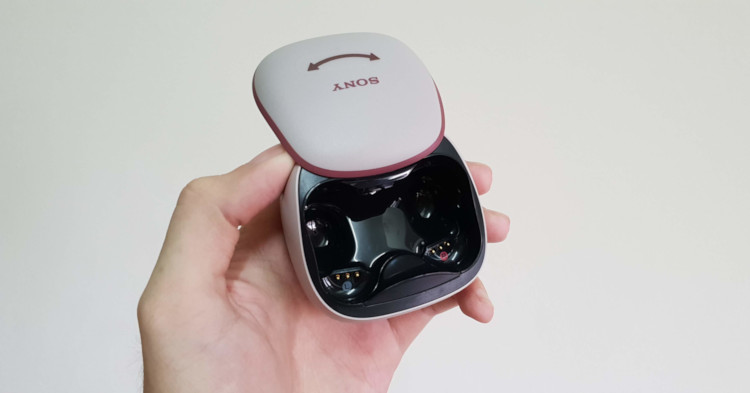 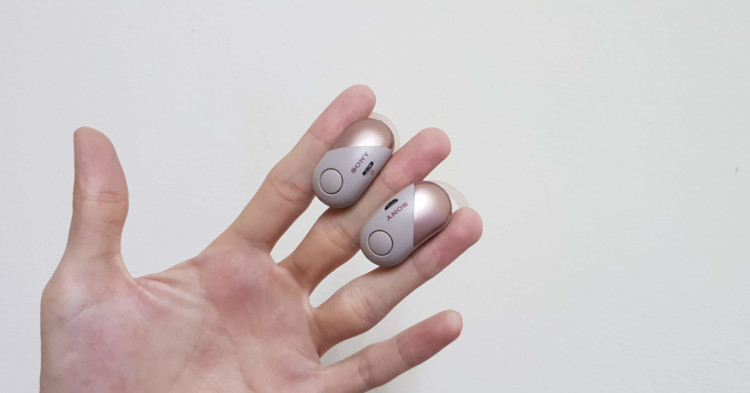 Front side of the earphones 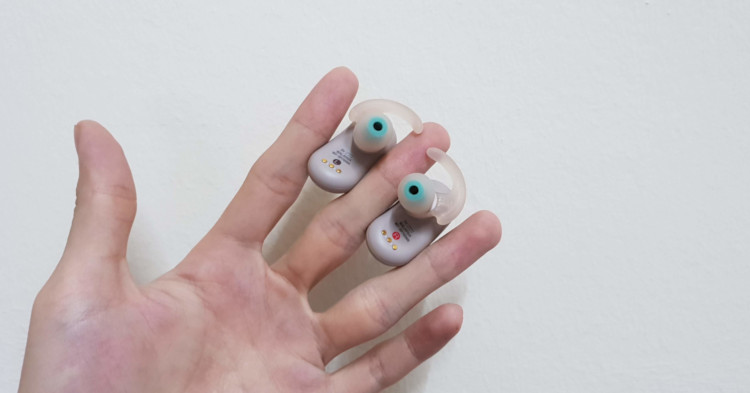 As for the earphones themselves, the underside of the earphones have indicators on which ear they should go to. Design wise, the earphones have a slight concave inwards giving it a lower profile that curves into your face. The earphones come in 4 different colour schemes including Black, Pink, Yellow and White. For those who have either larger or smaller ears you will be pleased to find a few sets of differently sized silicone eartips as well as arc supporters. 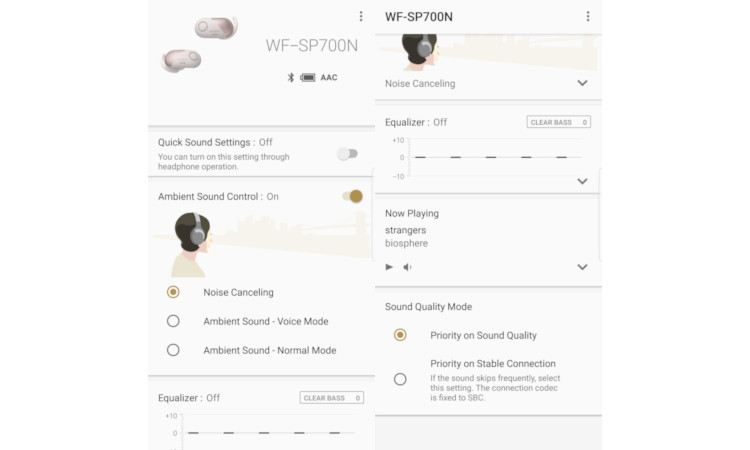 The main feature of the Sony WF-SP700N is the truly wireless capability as well as the active noise cancellation feature which aims to give the listener the best music experience while blocking out ambient sounds around the listener. The user can also turn on the Ambient Sound Mode which captures the ambient sound around you and plays it back into your earphones to increase your awareness as you go about through your day.

For the bass heads out there, you’re in luck as the earphones also comes with an EXTRA BASS™ feature which provides a punchy low end for those who prefer it. Connecting to the device is rather simple due to the NFC feature that the Sony WF-SP700N comes equipped with. Simply hold the charging case beside the NFC sensor of the phone and a bluetooth connection will automatically set it up by itself. 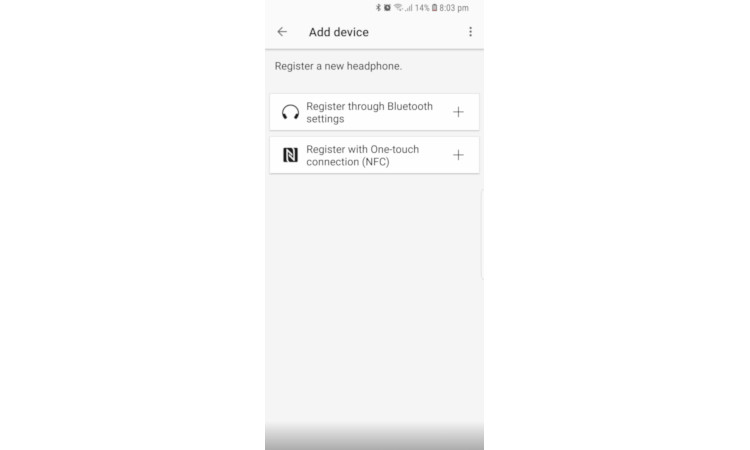 You are also able to tweak the settings of the earphones on the Sony Headphones app found on the Play Store. On the app you can change settings such as the equaliser, turn BASS BOOST™ on or off, quick settings, and the ability prioritize quality of the audio or stability of the connection.

Since it is catered towards sports and athletic users alike, it comes together with Arc Supporters which “hugs” your ear from the inside making tough for the earphones to slip out of your ear during vigorous activities such as running, crossfit, biking, hiking and head-banging while listening to your favourite music. Oh and have I mentioned that the earphones are capable of calling, receiving calls and utilizing Google Assistant, provided that your phone supports it of course.

Performance - Awesome for bass lovers out there The earphones definitely sound great under bass heavy music with the Bass Boost feature. However, the audio doesn’t only shine through music but also movies and short films as well, immersing you into the moment with the Noise Cancellation Ability the earphones have. In terms of gaming however, the Bass Boost feature definitely brings more emphasis on the explosions and deep sounding effects but unfortunately due to the fact that it is truly wireless using Bluetooth technology, there is a very slight delay between the visuals and the audio, which tends to break the immersion somewhat.

Battery life on the earphone is as advertised at about 2 and a half hours to 3 hours depending on the volume level as the higher the volume level, the more power is required to drive it. The charging case provides up to 2 full charges before needing to top up again, bringing the total listening hours up to 9 hours. As for recharging the device, it is as simple as plugging in the provided Micro USB cable and letting it charge fully which would take an average of around 1 and a half hours. The Arc Supporters that came with the earphones were great at keeping the device from slipping out of my ear even during short runs and performing chores around the house. 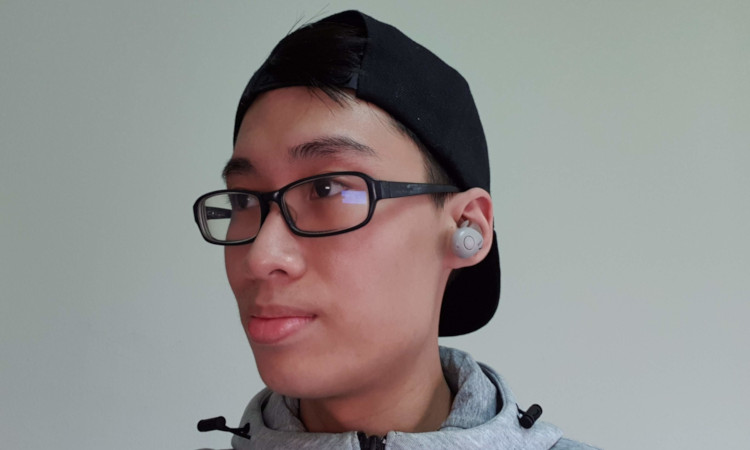 Side view while wearing the earphones

The Sony WF-SP700N can also be used for calls but unfortunately only the left side of the earphones is usable during an ongoing call while the right earphone was completely disabled during my testing. The earphones were tested using various VoIP software such as Teamspeak, Facebook Messenger Call as well as direct phone calls. On the flipside, other participants hinted that the Audio Mic sounded clear, audible and they didn't have any issues understanding what I was saying.

Sony’s WF-SP700N which is priced at RM709 is definitely a great choice for athletes who want a pair of music oriented noise cancelling earphones to immerse themselves as they’re doing rigorous activities with the Active Noise Cancellation or while out jogging with the Ambient Sound mode to help them stay alert. In terms of communications such as taking and receiving calls I personally feel that it is lacking in that department. However, the music listening experience overshadows the cons especially if music is your main priority during activities.

In terms of competition, if you’re keen for a great overall experience including music and communications, the Samsung Gear IconX (priced at RM749) handles communications well for a slightly better overall experience. There's also the Jabra Elite 65t wireless bluetooth earphones for RM749 as well, which offers up to 15 hours listening time if battery life is your concern. For more reviews and updates like these, stay tuned to TechNave.com.

Unboxing of the Sony WF-SP700N