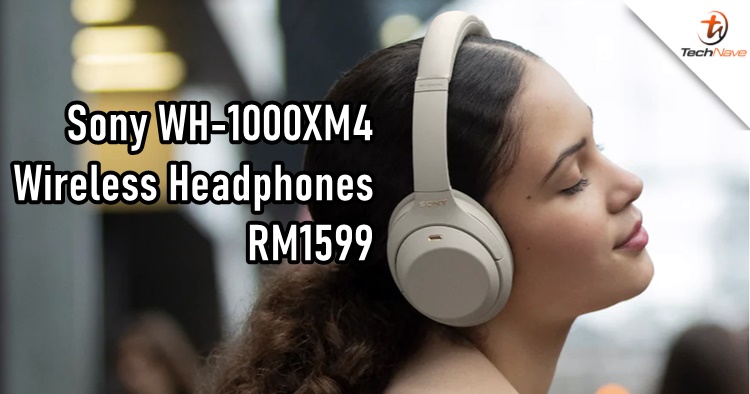 In case you missed it last night, Sony had a livestream event last night on 6 August 2020 at 11PM and officially announced the WH-1000XM4 wireless headphones. Loved by fans and audiophiles alike, it will be available in Malaysia this month onwards for RM1599 in Black and Platinum Silver.

It's been two years since we last saw the predecessor so this variant is the fourth generation. One of the first thing that probably came into your mind is that if there's any significant difference, well that's what we're about to find out. The Active Noise Cancellation is back and users (like MKBHD) say that it has been improved thanks to the Dual Noise Sensor technology, there's also a new Bluetooth Audio SoC that senses and adjusts the music and noise at over 700 times per second. Sony said this reduces the high and mid-range frequency sounds.

On top of that, Sony have also integrated an Edge-AI, DSEE Extreme feature that analyses music in real-time. What this does is that the instruments from various music genres are "rebuilt" with high range sounds that are lost in a compressed media file. 360 Reality Audio is also featured inside (finally) and so as Adaptive Sound Control which the headphones can detect and adjust the ambient sound settings. Most of the feature sound settings can be controlled to your preference on the Sony Headphones Connect App.

Perhaps one of the most requested features is the Wearing Detection, which allows the headphones to detect if the user is wearing them or not. Like most TWS earphones/earbuds, putting the WH-1000XM4 wireless headphones down will pause the song for you automatically and the predecessor didn't have this. You can use it to "Speak-to-Chat" as well that's connected to your smartphone and be paired with up to two Bluetooth devices at the same time. The battery life can stand up to 30 hours, and 10 minutes of charging allows 5 hours of wireless playback. If you're looking to get your hands on this WH-1000XM4 wireless headphone, there's an early bird exclusive from now on until 31 August 2020 which will grant customers a 1000X limited edition headphone stand and a Starbucks gift card worth RM50. It is now available at the Sony Store in The Curve and KLCC, as well as their online store and every authorised dealer.

So what do you think of this new WH-1000XM4 wireless headphone? We are quite big fans of it and can't wait to test it out. Stay tuned for more trending gadget news at TechNave.com.