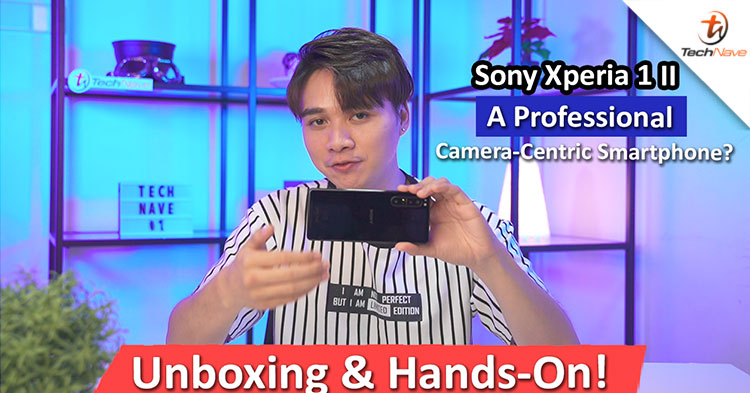 Sony Mobile Malaysia silently released the official price tag for the Xperia 1 II (Mark Two) and Xperia 5 II starting from RM4099 a few months back. And now, we finally have the Sony Xperia 1 II on hand to unbox and review. So how great is the Sony Xperia 1 II, which is defined as the Sony smartphone that is built for speed, especially on it's camera capabilities?

In terms of tech specs, the Sony Xperia 1 II comes with a Snapdragon 865 chipset coupled with 8GB of RAM and 256GB of UFS storage that allows you to add up to 1TB of external, miroSDXC storage. It has a 6.5-inch 21:9 CinemaWide 4K HDR OLED display that runs on Android 10. As for the cameras, the Sony Xperia 1 II sports a triple 12MP camera on the rear and an 8MP selfie camera but what makes it really special are the Cinema Pro app and Photo Pro app that it comes with. Check out our unboxing video to find out more on these features.

Stay tuned for the in-depth review of the Sony Xperia 1 II on TechNave.com.