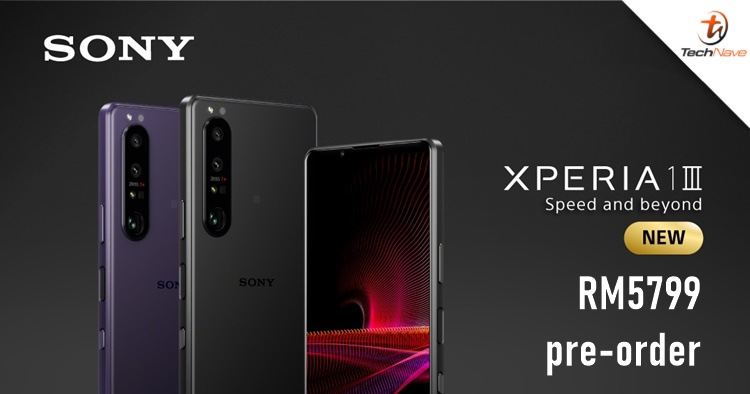 Just last week, Sony Malaysia just announced the prices for the Xperia 1 III, Xperia 5 III and Xperia 10 III for RM5799, RM4599 and RM1999 respectively. Although there was no date mentioned for any of the phones, the company just posted the pre-order for the Xperia 1 III as it will be the first one to be released.

From their Facebook post, the pre-order date for the Xperia 1 III will begin on 15 July until 15 August 2021 in Frosted Black and Frosted Purple. RM5799 is around the price range of premium phones, but for those who are interested - the phone will come bundled with a free pair of Sony WF-1000XM3 wireless earbuds that is worth RM849. Quite a good deal if you're looking for high-quality wireless earbuds. In terms of tech specs, the Xperia 1 III is a high-end phone featuring a Snapdragon 888 chipset, 12GB of RAM and up to 512GB of UFS storage that can be expanded up to 1TB. The OLED display measures 6.5-inches and supports 4K HDR and a 120Hz refresh rate. The rear camera sensors are normal with 12MP for each but they are powered by Sony camera software.

Other than than, other notable features include a 4500mAh battery, Android 11 out of the box, Gorilla Glass Victus, NFC and many more. But what do you think of the pre-order deal? Let us know in the comments below and stay tuned for more trending tech news at TechNave.com.