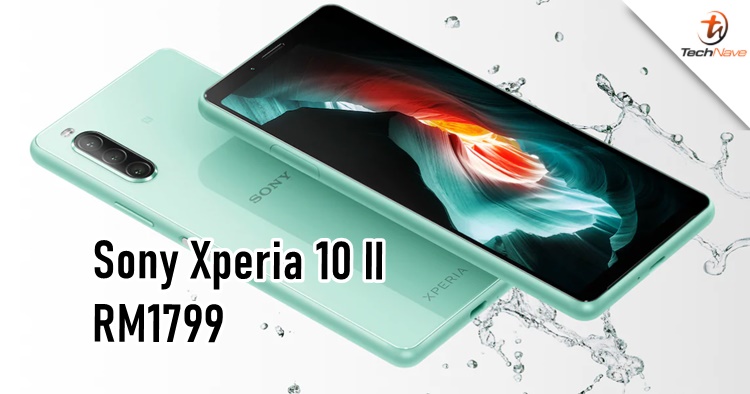 It's been a while since we last saw a Sony smartphone launching in Malaysia, but looks like they are making a (silent) comeback. The company have listed the Sony Xperia 10 II (pronounced as 10 Mark 2) on their official website as the latest addition, but without any official price and availability to be seen. Anyway, we have gotten the official press release that the device will cost RM1799 and will be available from July 2020 across the nation as well as its flagship store on Lazada.

Previously, the Xperia 10 II was announced back at the end of February 2020 but without much information. According to the press release, the device sports a 6-inch OLED TRILUMINOS display with a 21:9 aspect ratio which is pretty cool, this is because the TRILUMINOS technology is usually used for BRAVIA TVs so you can expect some high-quality video viewing and gaming there. For the internal specs, it features a Qualcomm Snapdragon 665 chipset, 4GB of RAM, 128GB storage with an expandable memory up to 1TB, 3600mAh battery (with fast-charging), and runs on Android 10 out of the box.

In terms of cameras, there is a triple rear camera that comprises of 12MP ultrawide + 8MP main + 8MP telephoto lens, whereas the front camera is 8MP. The Xperia 10 II also features an IP65/IP68 water and dust resistant, Corning Gorilla Glass 6, a 3.5mm headphone jack port (yay) and supports HiRes audio for both wireless or non-wireless experience. Lastly, four colours will be available - Mint, Blue, White, and Black.

What do you think of the tech specs and price? Let us know on our Facebook page and stay tuned for more trending tech news at TechNave.com.