I’m sure you’ve all seen the Status tab on your WhatsApp. It is essentially the same thing as Facebook Stories and Instagram Stories. However, I don’t believe that many people actually use that feature on the app but that may just change.

The update is now available on WhatsApp’s public beta. It allows you to share your WhatsApp status to other platforms such as Instagram and Facebook Stories. That’s not all, you’ll also be able to share your status on Google Photos and Gmail as well. However, automatic sharing will not be available from WhatsApp to other platforms due to the fact that WhatsApp will be using traditional iOS and Android data-sharing APIs. WhatsApp will not be linking internally to other Facebook apps and sharing the WhatsApp Statuses to other platforms will be an active decision on the user’s end. Facebook has mentioned that it intends to keep its services as separate events on Facebook’s systems and data will only be transferred between the services if the independent apps are all installed on the same phone.

In addition, QR codes are going to be a thing on WhatsApp as well. The QR code can be generated on a user’s profile tab which acts as a virtual contact card. WhatsApp business accounts would benefit most from this as it allows buyers to easily connect with sellers. If you find your QR code abused and forwarded to strangers, you can easily revoke the QR code to prevent others from contacting you via the code. 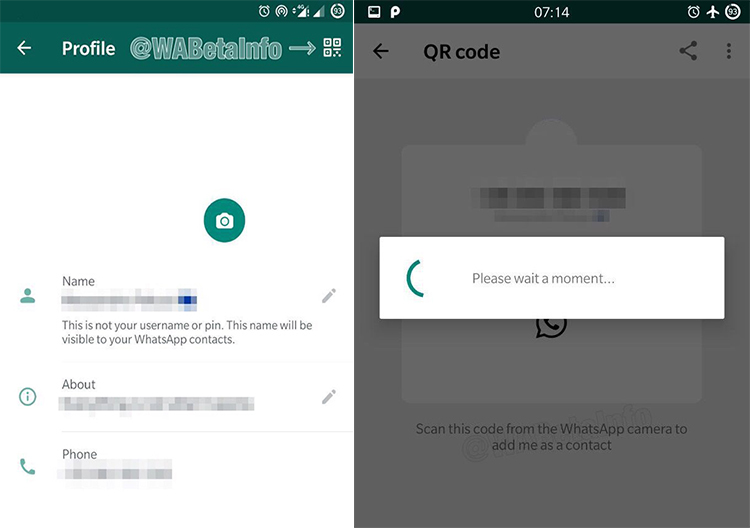 I personally would rather see WhatsApp Statuses fade away as it doesn’t really serve a purpose on a messaging app like WhatsApp. However, due to the ability of the stories to be shared, we may just see more people use the feature - especially if Facebook eventually allows for automatic sharing between platforms. Starting next year, WhatsApp has stated that we may be seeing in-app ads on the messaging platform so it may explain why they are trying to promote WhatsApp status. So what do you think? Keep up with the latest app news and updates on TechNave.com!