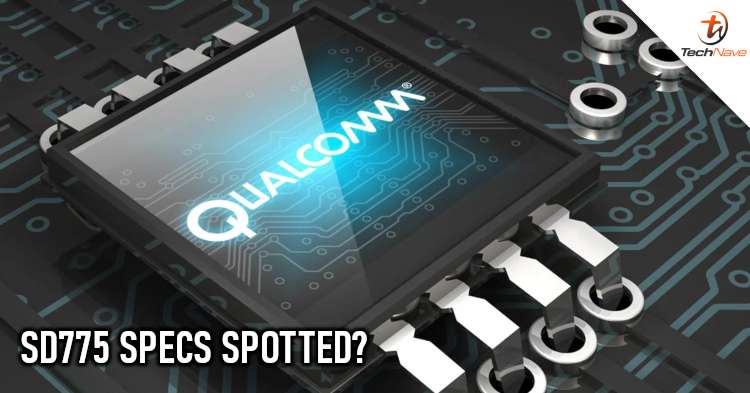 It seems that the tech specs regarding the Qualcomm Snapdragon 775 might have been spotted on a Telegram group, showcasing the tech specs as well as what kinds of hardware the chipset is able to support. While not much is known in regards to the exact release date and which exact smartphone will come with the aforementioned chipset, it does give us a better idea of what to expect in the near future.

Based on the image showcased in the Telegram group, it seems that the chip is made using the 5nm manufacturing process and it supports UFS 3.1 Two-Lane HS Gear 4. Not only that, but the chip is also able to support triple camera utilization with image sensors up to 28MP + 28MP + 28MP or 64MP + 20MP at 30FPS, as well as up to 4K60FPS video recording. 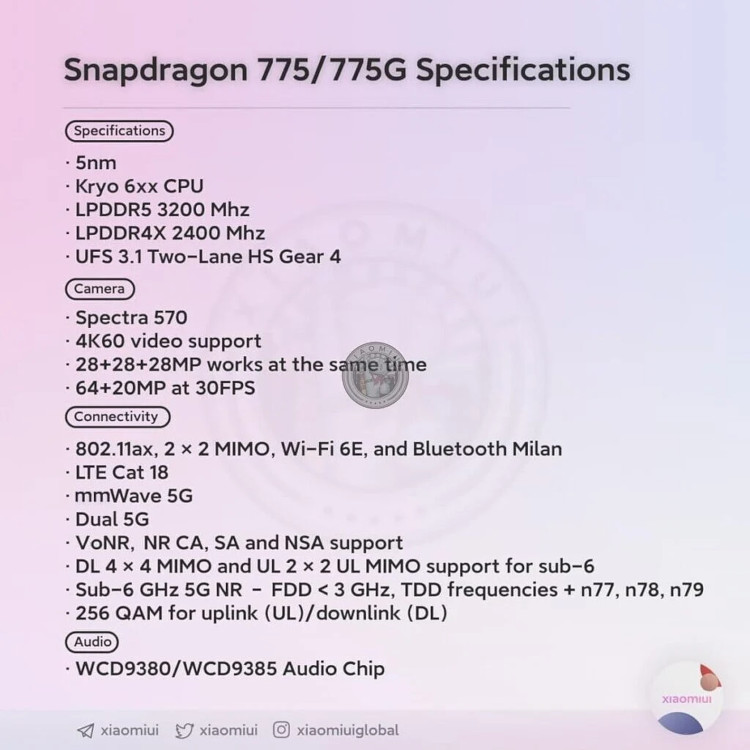 As for connectivity, it supports Wi-Fi 6E, LTE Cat 18, Dual 5G, and much more. However, do take some of the information with a grain of salt, due to the fact that Qualcomm has yet to provide an official statement on the leak. Would you be interested in getting a smartphone that’s equipped with the Qualcomm Snapdragon 775 chipset? Let us know on our Facebook page and for more updates like this, stay tuned to TechNave.com.