f Sundar Pichai, CEO of Google and Alphabet wants AI to be regulated by governments | TechNave

Sundar Pichai, CEO of Google and Alphabet wants AI to be regulated by governments 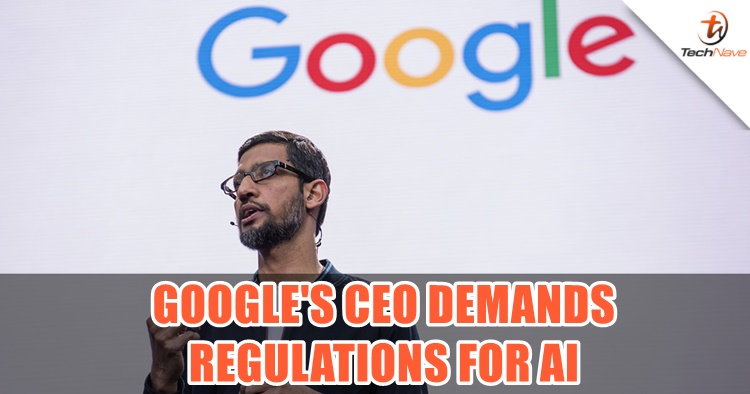 The developments from Google and Alphabet in Artificial Intelligence (AI) are getting more and more advanced nowadays. It is undeniable the AI projects from the companies have provided many benefits to society, no matter if it's for normal consumer use or professional use. However, the companies’ CEO Sundar Pichai is worried about the technology would be misused in certain aspects, so he wants to bring stronger regulations for the use of AI by working with governments.

Earlier, Pichai has written an article for the Financial Times in which he called out the issue by highlighting the dangers posed by the powerful technology. He mentioned that this is the time for AI to be regulated, so no one is able to use it for malicious purposes including support mass surveillance or violate human rights.

He also brought in the issue of using deepfakes, which is a technology that creates media from a person’s existing image and being replaced with the person’s likeness with the help of AI. The technology was created without any intention to cause harm to society, but there is no doubt that it would be misused or abused for purposes like media manipulation or identity theft in the future.

These programs can be used to manipulate a person's behavior including expressions, speech, movements and more.

Pichai has mentioned that both of his companies, Google and Alphabet, have been making every move a safe one as well when it comes to developing new AI technologies. The companies have established their own AI principles to help guide ethical development and use of the technology, including avoid bias, test rigorously for safety, design with privacy top of mind, and make the technology accountable to people.

Let us know what you think about this issue on our Facebook page. Stay tuned to TechNave.com for more viral tech news.