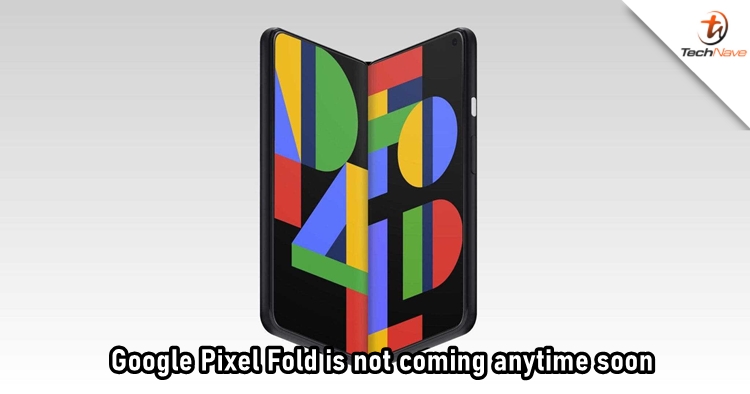 We have been seeing rumours saying that Google is working on the Pixel Fold and could launch it in no time. Sadly, news about Google launching its first foldable smartphone might not appear for a while. According to the latest information, the company might have scrapped the project after cancelling the orders with its supply chain.

Digital Supply Chain Consultants (DSCC) reported that Google has reached out to multiple supply chain sources by confirming that its Pixel Fold won't be released to the market. It's also mentioned that the tech giant is not planning to release a foldable device in 2021 or early 2022 as it believes that the product "wouldn't be as competitive as it needed to be".

However, the source doesn't specify if Google has totally cancelled the project or just put it on hold indefinitely. It's also not that surprising since Google has never publicly announced that it's making a foldable phone unless you've been following the news. Therefore, for those who've been looking forward to a folding device from Google, you might need to look somewhere else.

Since we can't really get Pixel smartphones through official means in Malaysia, there's not much harm in hearing this news. Are you disappointed anyway? Let us know by leaving a comment and stay tuned to TechNave.com for more smartphone reports.