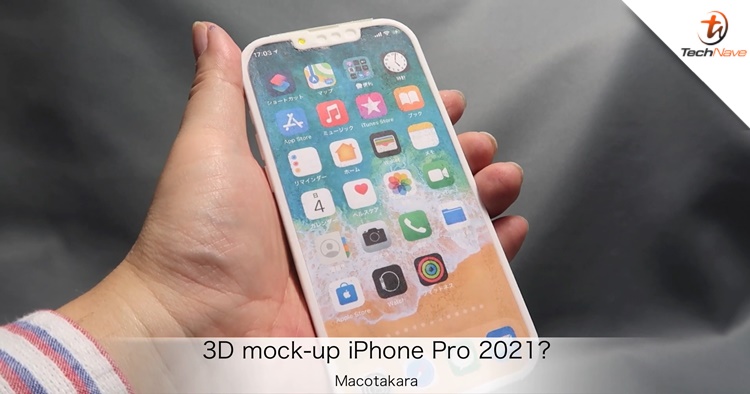 There are still many more months to go for the next iPhone 13 series, so if you're reading this - take it with a grain of salt. In this news, a supply chain blog called Macotakara from Japan did a dummy unit mockup of an iPhone 13 Pro. The design is based on the rumours that we have been reading for the past few weeks and the notch may be changed.

According to leaked schematics that are usually passed around accessory phone makers, the iPhone 13 Pro notch is reportedly to be slightly smaller. It's said that the notch's width is 26.8mm (the iPhone 12 Pro's notch is 34.83mm), but also slightly taller measuring 5.35mm in comparison to the latter's 5.3mm. The reason for this is possible because of the earpiece speaker being moved to the top bezel.

Initially, this notch design was meant for the iPhone 12 series but it didn't happen. As for the sensors you see on the dummy unit, Apple might move the front camera to the left side from the right. We should also expect the Face ID sensor to be present as it has become a staple since the iPhone X.

Either way, we are not expecting a huge design change on the iPhone 13 series as Apple has always consistently kept its identity familiar to consumers. Until then, stay tuned for more trending tech news at TechNave.com.