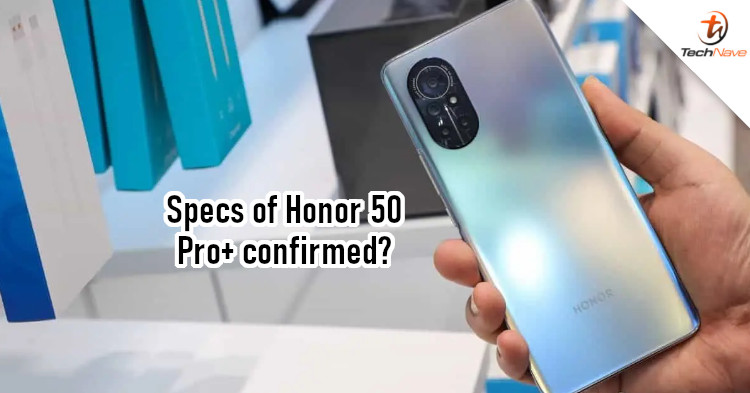 At the end of last month, there were a few rumours about the upcoming Honor 50 series. Some shared specs were revealed, and we even have details of the Honor 50 Pro+. Now, sources indicate that the tech specs and features revealed so far are likely to be accurate.

Previously, the rumour claimed that the Honor 50 Pro+ will sport a 2K curved screen. According to MyDrivers, some of these tech specs are confirmed to be accurate. As such, we can expect a 6.79-inch AMOLED display with a refresh rate of up to 120Hz. The phone will also come with the Snapdragon 888 chipset, 8GB of LPDDR5 RAM, and UFS 3.1 storage.

In terms of features, the phone will have a triple-camera (50MP+13MP+8MP) setup at the back, which includes a large main camera. As for the front, the phone will use a dual-camera setup (32MP+8MP). There's also mentions of an "Audio-Technica combination", which suggests that the speakers would be tuned by the well-known audio company.

Based on the rumours, Honor plans to launch the Honor 50 series either this month or in June 2021. Of course, there's no official news on yet. Until then, do take the rumours with a grain of salt and stay tuned to TechNave for further updates.
When to expect the premiere of the Honor 50 series and whether it will receive Google services is still a mystery. It remains for us to observe what is happening.