Current Location: Home > News > Tech specs of the realme Narzo 20 may have been leaked 4 days before launch 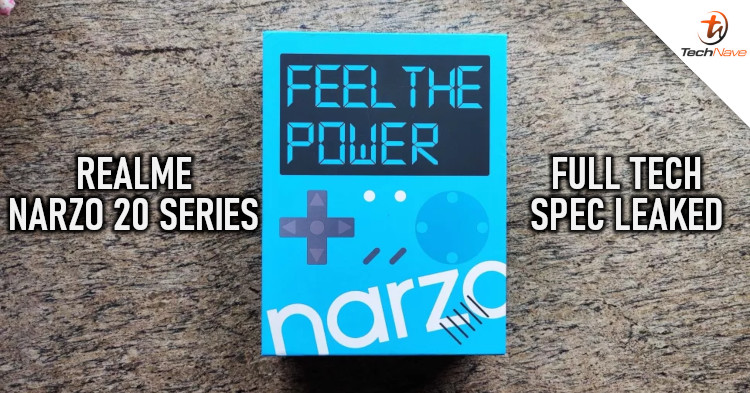 Based on a statement by Twitter user @stufflistings, it seems that the tech spec of the Narzo 20 series, which consists of the Narzo 20, Narzo 20A, as well as the Narzo 20 Pro has been leaked giving us a better idea on what to expect when it is officially unveiled. While there is no official information in regards to the Malaysia release date and local pricing, we do know that the aforementioned smartphone series is expected to be unveiled on 21 September 2020.

As for the tech specs, the Narzo 20 is expected to come equipped with an Helio G85 chipset, 4GB RAM, up to 64GB ROM, 6.5-inch HD+ display and a 6000mAh battery that supports 18W fast charging. Camera-wise, it has a 48MP + 8MP + 2MP rear camera while the front remains largely unknown.

Exclusive: Here are the specs of the Narzo 20 Pro.
Feel free to retweet #narzo20pro pic.twitter.com/1QmTviJbHC

With all that said, do take some of the information with a grain of salt, due to the fact that realme has yet to provide an official statement on the leaked info. Would you be interested in getting the Narzo 20 series as soon as it is available in the local market? Let us know on our Facebook page and for more updates like this, stay tuned to TechNave.com.