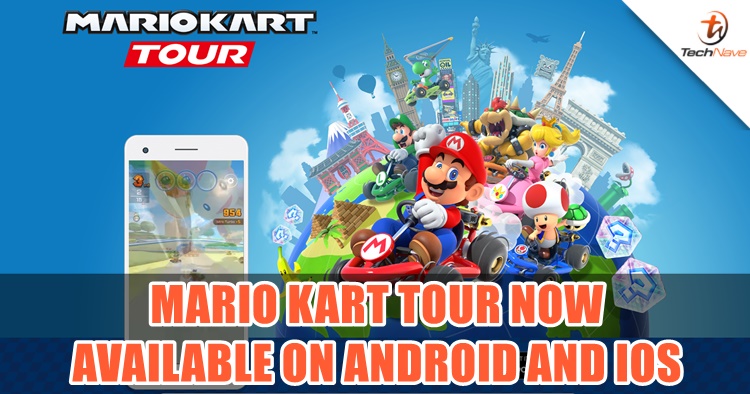 For you all Mario fans, the Mario Kart Tour game app is now finally released on both Google Play Store and the Apple App Store for free (but of course, with in-game items purchases). But is the game fun? Well, we played a few rounds so here's what you need to know.

First, you need to make sure that your device is compatible with the game. The requirement is not high, you need at least Android 4.4 and iOS 10 to get it started. Similar to Pokemon Masters, you will also need to create a Nintendo Account to play the game and then you will be greeted by a quick tutorial of how to play the game.

Playing Mario Kart Tour on the phone is vastly different from playing on the Nintendo console or any other mobile racing game for that matter. Mario Kart Tour is played vertically and it requires you to use your fingers or thumb to steer or drift (optional). Nonetheless, you can still throw turtle shells and other weapon shenanigans with a wide variety of characters.

For now, multiplayer has yet to be implemented so you will be up against AI drivers at first then other players around the world in 'New York City'. You can slowly unlock the game features as you progress along so good luck have fun! Stay tuned for more mobile game app news at TechNave.com.